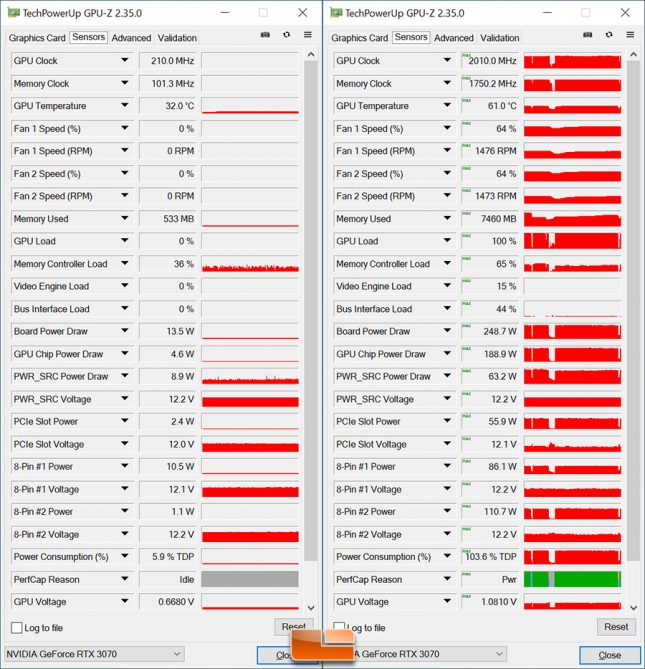 At idle on our open air test bench we were sitting at around 32C at idle and while gaming we topped out at 61C after doing some 1440P gaming for about an hour. These are great numbers as the NVIDIA GeForce RTX 3070 Founders Edition card had an idle temperature of 33C and hit 70C while gaming. This is a 1C reduction at idle and a 9C reduction at load. Fan noise was never an issue on the 3070 TUF Gaming as the fans on the card didn’t spin at idle and topped out at around 1475 RPM. 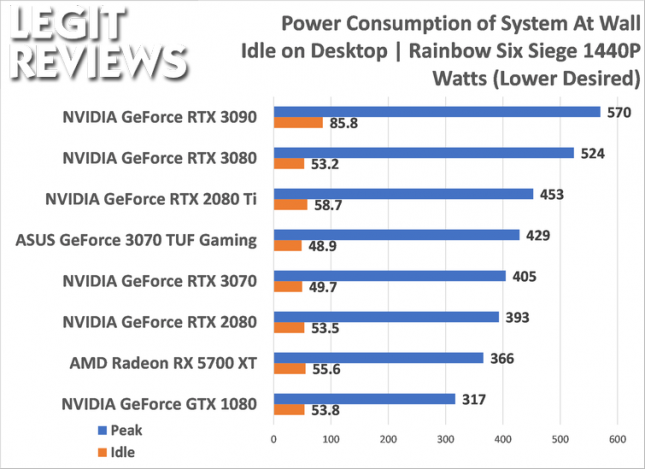 Power consumption on the NVIDIA GeForce RTX 3070 Founders Edition on the entire system was around 50 Watts at idle and the peak power draw was 405 Watts. The ASUS GeForce RTX 3070 TUF Gaming card used about the same amount of power at idle and hit 429 Watts at load. The 3070 TUF gaming has a higher power power setting as well as higher clock speeds, so we knew that it would use more power than the 3070 Founders Edition. 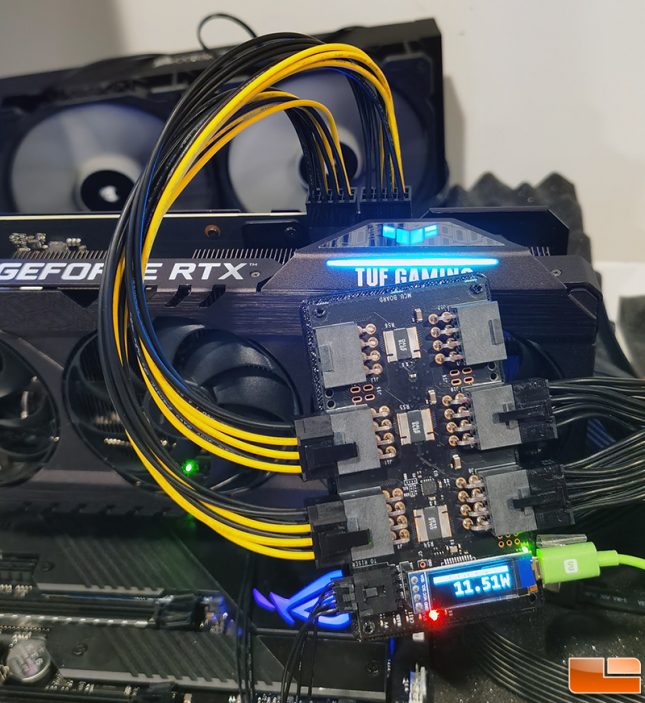 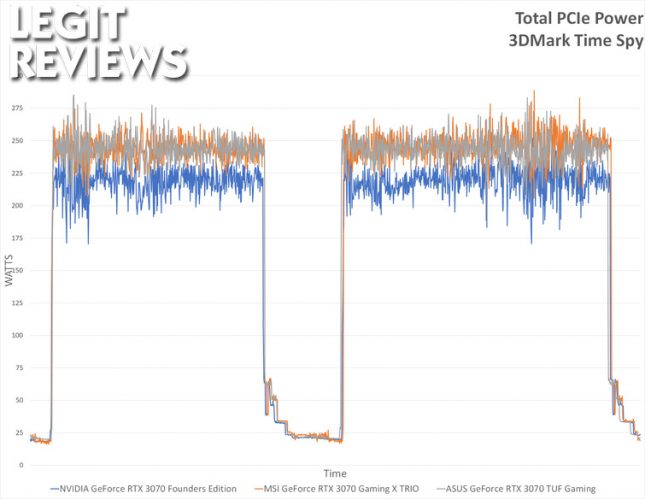 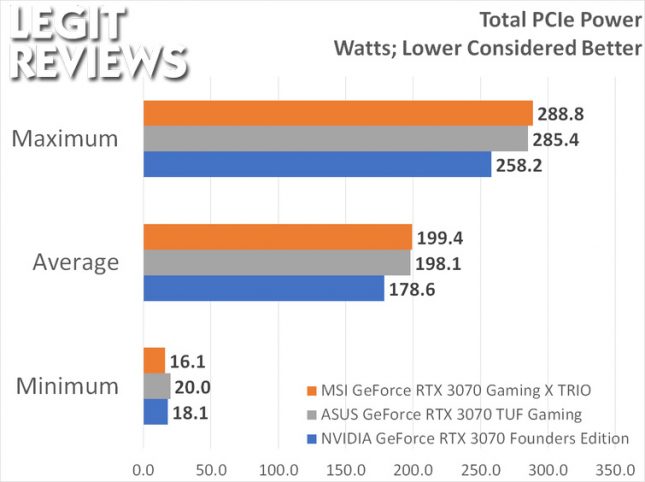 Using the data from above we also found minimum, average and maximum power draws for this workload. PCAT showed the ASUS GeForce RTX 3070 TUF Gaming had power consumption that was similar to other custom 3070 cards. The 3070 TUF Gaming used about 20 Watts more power on average than the 3070 Founders Edition and about 27 Watts more power at peak load. 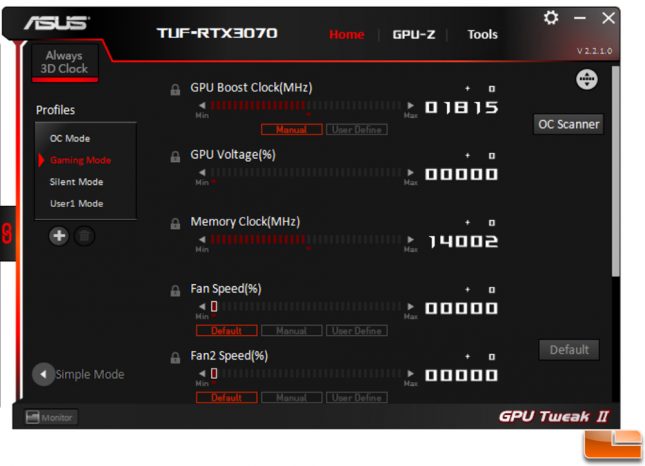 We went straight to the OC Scanner and ran it after setting the power target as high as it would go. It takes about 20 minutes to run, so click start and patiently let the application run. 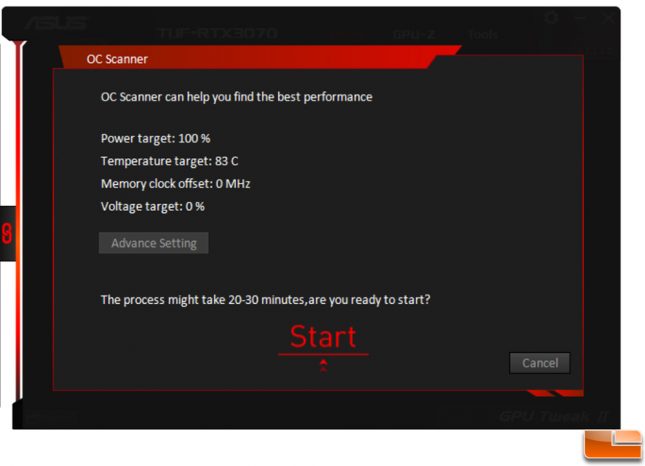 Once we hit apply after using OC Scanner we took a look at GPU-Z and found the base clock was set to 1570 MHz, the boost clock was at 1885 MHz and the memory was at 1800 MHz (14.4Gbps). While playing games with this overclock we noticed the card boosted up to 2055 MHz during actual benchmark runs! 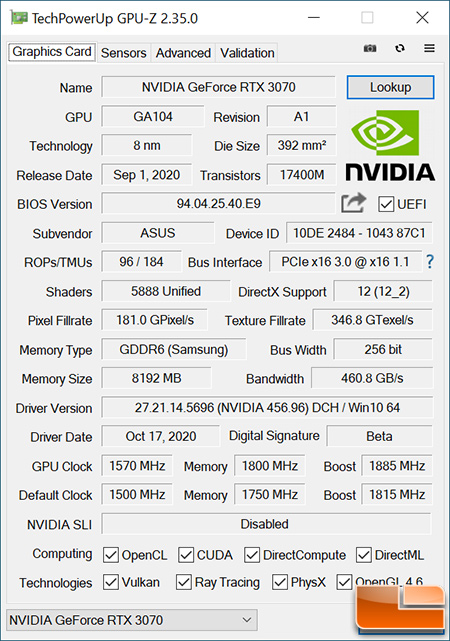 This overclock took our 3DMark Time Spy overall score from 13,964 to 14,337 points, which was enough to pass up the NVIDIA GeForce RTX 2080 Ti Founders Edition model! That isn’t a huge gain from our one-click overclock, but it just goes to show that NVIDIA has done a great job at getting the most clock speed that they possibly can from their GPU. Many enthusiasts are starting to call overclocking dead or pointless in recent years! 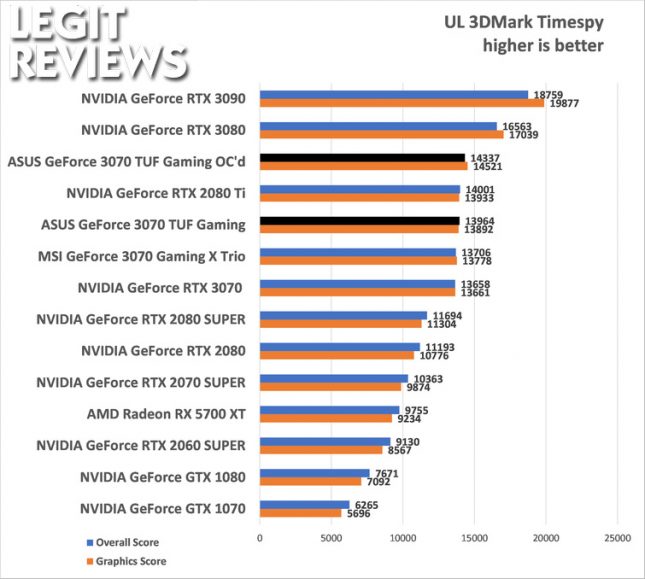 Peak power consumption with these settings increased by 8.5 Watts. Increasing the boards power limits and running it at higher clock speeds will draw more power, so this is to be expected! 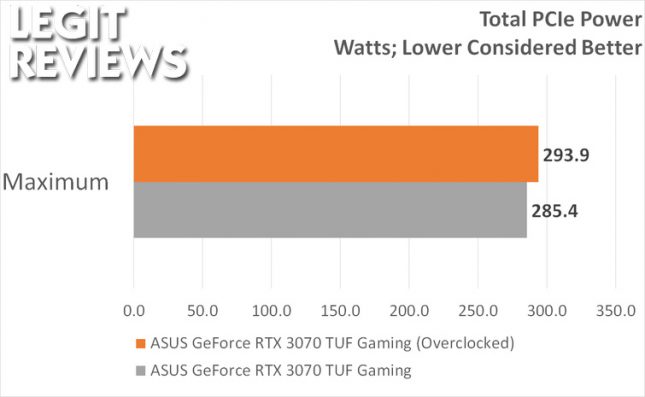