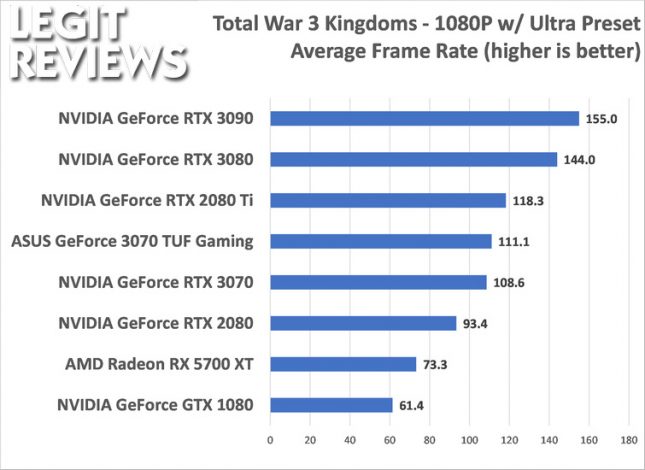 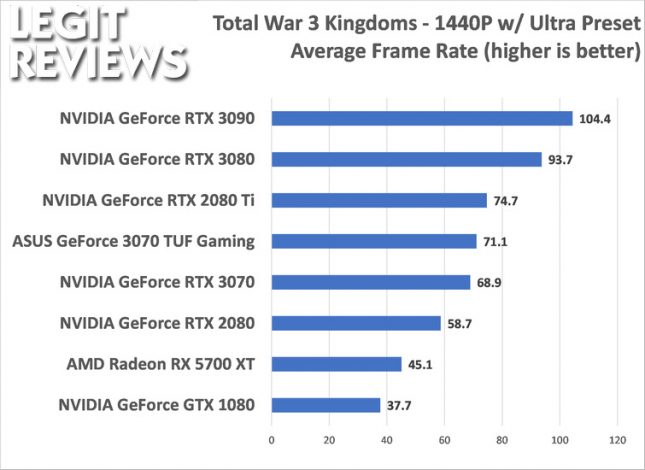 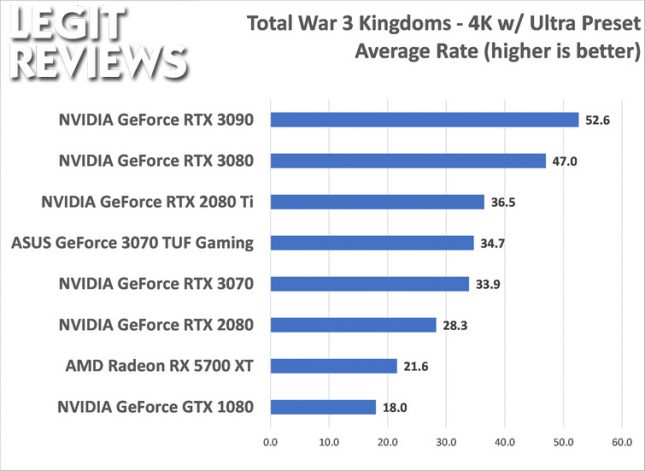 Here is another game title and we are seeing up to a 3.2% performance advantage for the ASUS eForce RTX 3070 TUF gaming card over the NVIDIA GeForce RTX 3070 Founders Edition.