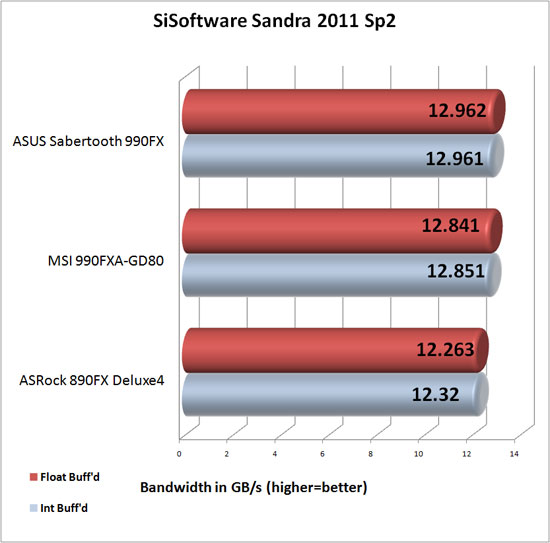 Benchmark Results: The ASUS Sabertooth 990FX motherboard was able to edge out our previous boards in SiSoftware Sandra 2011 SP2 Memory bandwidth tests. Although, the difference is marginal with an average of less than a 1% lead over the MSI 990FXA-GD80.