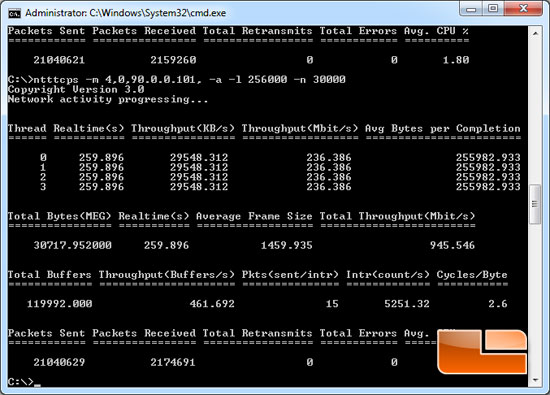 The Gigabit PCIe Ethernet controllers is the same on each of the boards, so unless something is implemented wrong the performance should nearly be the same.

Benchmark Results: Total throughput of the ASUS Sabertooth 990FX, MSI 990FXA-GD80 and the ASRock 890FX Deluxe4 total network throughput varied by only ~1.1MB/s. That type of difference isn’t going to affect the day to day performance. The CPU usage of the ASUS Sabertooth 990FX was only 3.7% which is pretty low compared to the almost 9% of the ASRock 890FX Deluxe4.