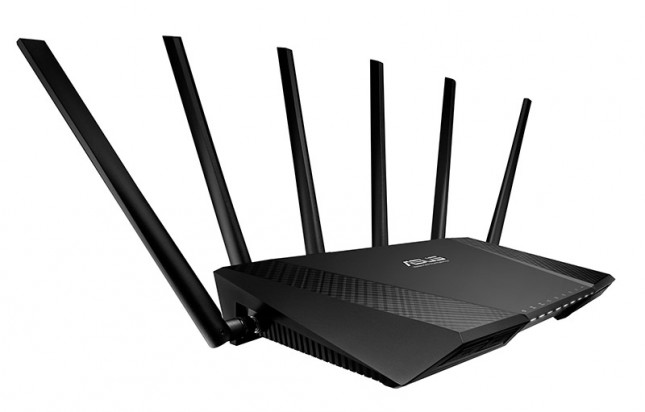 Coming into this review, we were very excited to hear about the new flagship Tri-Band router from ASUS the RT-AC3200. For months we have seen and appreciated the power and usefulness of Tri-Band technology as we use the Netgear R8000 here in the Legit Bunker.

Does it really make that much difference? Do I really want to pay close to $300 for a router?

These are great questions that usually drive the purchase of these next-generation flagship routers, but there are some other question you might want to consider: Do you ever complain about your network being bogged down when there are other using their wireless devices? Do you have a lot of devices including next generation 802.11ac and legacy devices like that old laptop or even a bunch of cell phones or tablets that normally access your network? 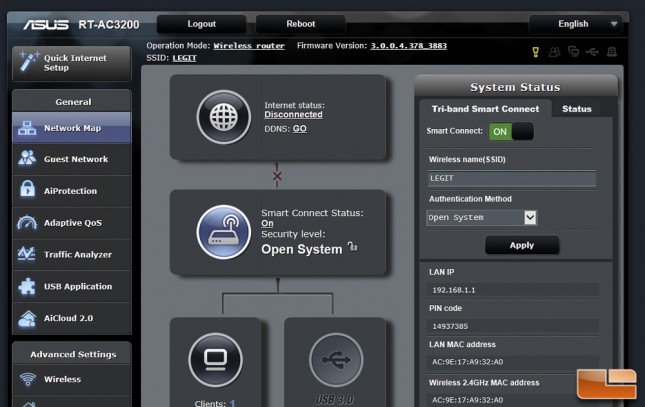 If you answered yes to any of these questions, you will most definitely benefit from the use a Tri-Band router. When we set our ASUS RT-AC3200 up, we took advantage of the ASUSs Smart Connect where the router played traffic cop evaluating not only the speeds and general locations of the connected devices, but also how much bandwidth each was using. The router then assigned the device to a particular channel to keep the fast devices responding quick and the heavier, low performing devices on their own channel.

We have to say the overall wireless performance was not as good as the seamless performance we obtained with our Netgear R8000. For example, many times when a new device arrived at the network, the new device would pair normally, but too many times there would be a hiccup in the connection of other devices on the network. If we were watching a YouTube video, the video would break or even stop during this period. It didnt happen always, but we definitely saw it in our testing.

Beyond the occasional wireless network hiccup, the ASUS RT-AC3200 was a great performer and the wired Ethernet connections gave us no problems whatsoever. If you feel like you are one who likes to customize every detail of your network, this is the router and GUI for you. The advanced user will probably not have to look beyond ASUSs open-source ASUSWRT firmware (based on Tomato-USB) that is included with the RT-AC3200. Unfortunately, there really is no easy button with their firmware beyond the initial wizard setup. If you are setting this router up for your grandmother or business client, expect to get a phone call when a novice user wants to change a password or reconfigure the guest network. 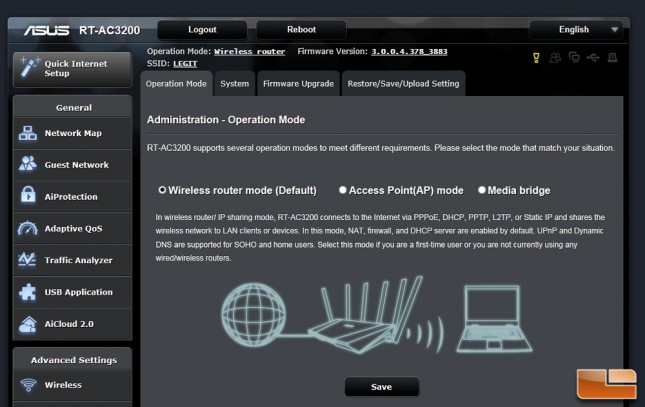 The biggest issue that we had with the RT-AC3200 router wasnt even performance-based. It was the fact that this router looks like an extra piece from the movie Alien or Avengers. The six 7-inch antennas arent exactly pleasant to the eye and it does draw a lot of attention when sitting in your living room or office. Mostly comments such as, What the heck is that thing? came up during the month or so we had the device in the Legit Bunker Living Room. While the footprint for the router isnt as big as the Netgear R8000, the design isnt as sleek and smooth either.

You can find the ASUS RT-AC3200 on sale right now on Amazon for $294.99 shipped which is only slightly under the $300 MSRP price. The shallow discount is due to the fact that the router has only recently been made available for widespread purchase. ASUS delivers the RT-AC3200 with a 2-year limited warranty on parts and labor 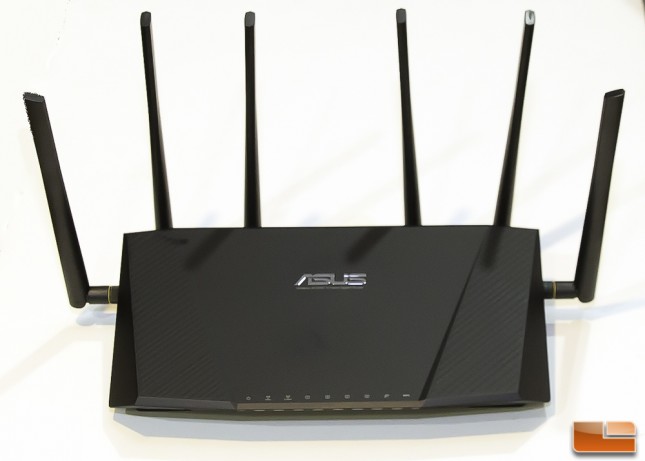 We have seen in other flagship router launches that while the hardware is next-gen, the firmware still has some growing up to do. We believe the sky is the limit for ASUS open source ASUSWRT. While we using the latest firmware (version 3.0.0.4.378.4980), we believe there is more potential to be unlocked with more mature firmware releases. Because the ASUS RT-AC3200 and Netgear R8000 routers share a common chipset, we think the only real difference right now is how the software drives both of these units. Netgear has had the advantage of being on the market longer, but ASUS clearly has some tricks up their sleeves in how they embrace open source firmware that allows the RT-AC3200 to have the largest feature-set of any router on the market.

Is the ASUS RT-AC3200 worth the price? We think so, and if you have patience to wait for a more mature official firmware, it might be the router that leads the pack.