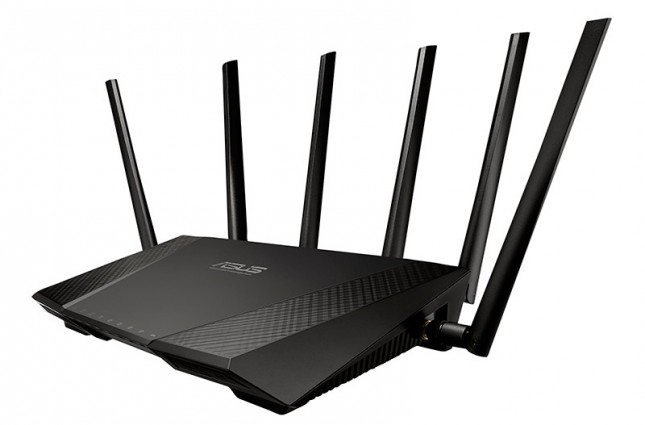 We then moved our laptop and wireless bridge down stairs to the far corner of the house.  The run was more than 40 feet across and through a carpeted floor. We again ran LAN Speed Test (LST) with data packet sizes of 1MB and 100MB.  LST again gave us measurements of Average Read and Write speeds which are plotted below. 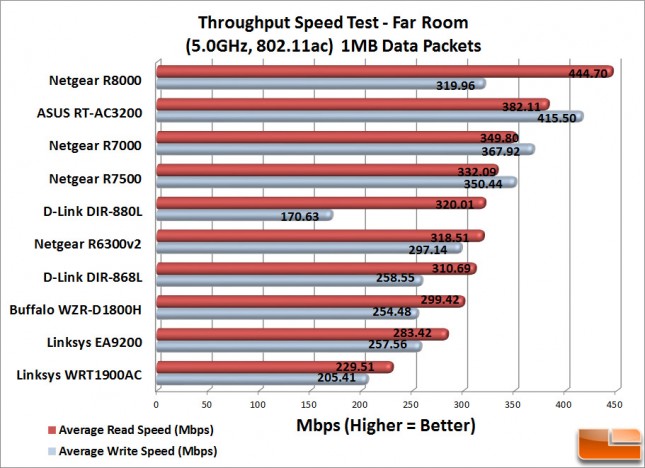 Benchmark Results: Moving to our farthest room we finally see the average read speed drop from to 350Mbps and the average write speed dropped to 415Mbps. Our average read/write speed was an impressive 399Mbps and that makes it the best overall performing router in our longest distance test! Not bad considering this is the test result most people are concerned about as you want a router that performs well across your entire house and not just when you are sitting next to it. Again, we were pretty pleased with these results as they clearly put the ASUS RT-AC3200 as a top performer – even with a relatively young firmware. 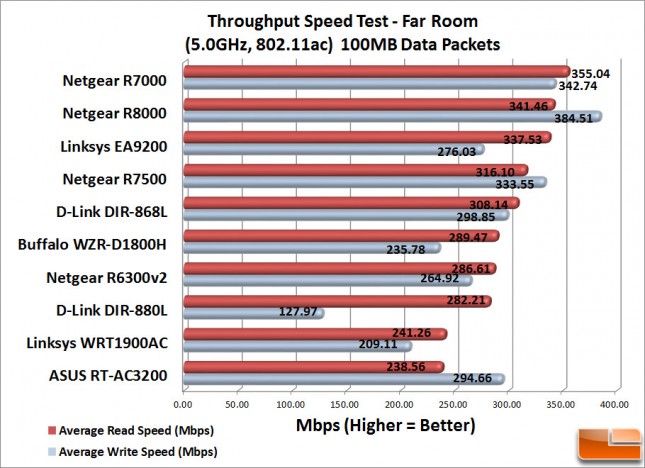 Benchmark Results: The ASUS RT-AC3200 went from having impressive 1MB data packet throughput test results to being at the bottom of the performance chart when it came to larger 100MB data packets. Clearly, there is an issue here with the great disparity between packet sizes.  We were scratching our head at this point, and re-ran out test a number of times to confirm these results.