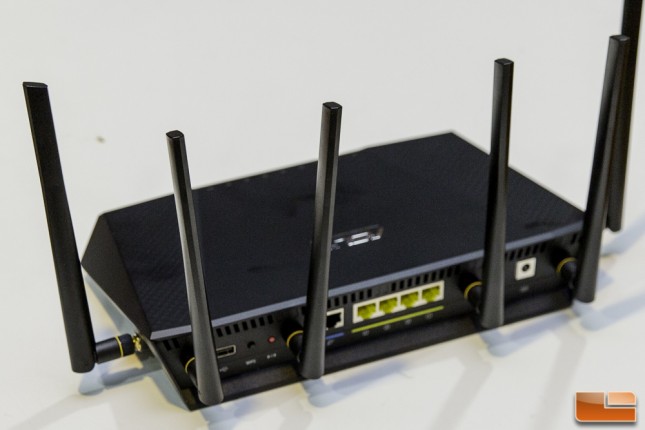 For this “Second Room” test we moved our Alienware M17XR4 client with the Netgear R7000 in bridge mode to a second room that was 20 feet away from our test routers.  There was a wooden double door that we had half way closed throughout all of our tests.  For the 1MB data packets we told the LAN Speed Test (LST) application to run 240 successive test packets.  For the 100MB data packet, we told LST to run for 10 successive tests. 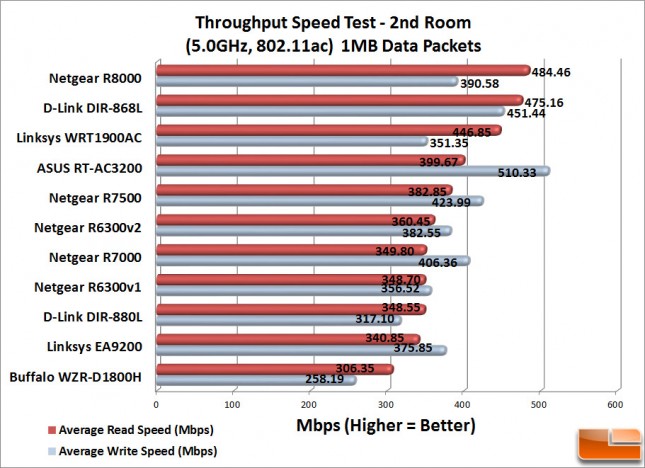 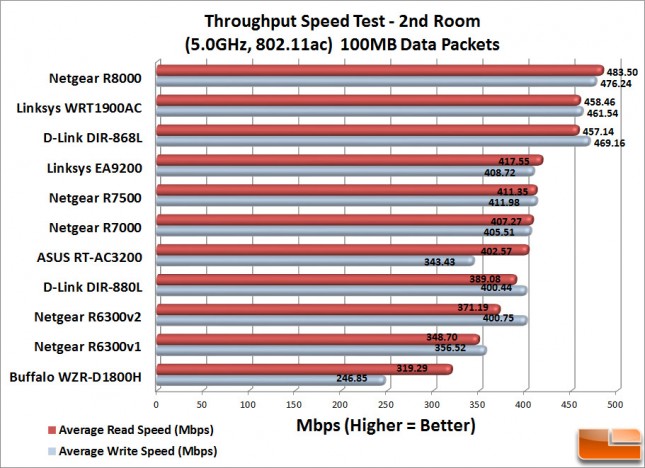 Benchmark Results: The ASUS RT-AC3200 pretty much dominated the competition in the 1MB file test, so we were a little shocked to see it fall down into the lower half of the contenders when it came to performance with 100MB data packets. The average write speed on the 1MB test was the best in the group at 510Mbps, but here on the 100MB test it was second to last with just 343Mbps. The average read speed was 400Mbps, so it appears the read performance remained steady even though the test block size changed. We aren’t sure why the average write performance dropped 33% by going from 1MB to 100MB data packets, but it did. Looking back, this is the erratic results were our first indicator that there might be some problems with how well the RT-AC3200 works with Wireless-AC signals.