For a little bit of reference, we have used the same test hardware throughout our Z270 overclocking and performance analysis.  We have been able to reach a maximum stable overclock of 5.1GHz on one motherboard, while the average has been 5.0GHz. 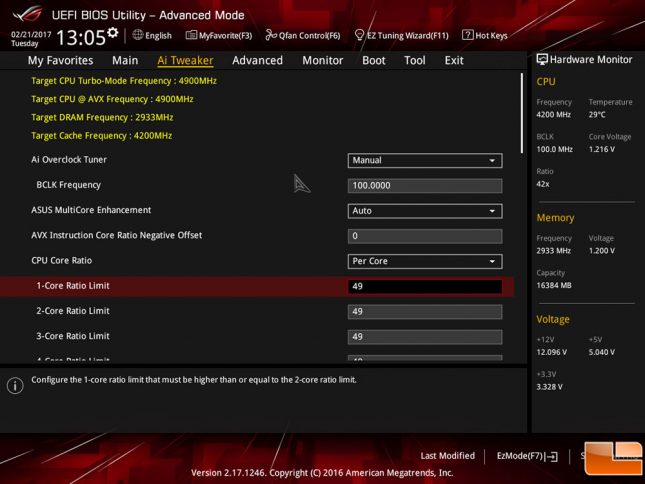 Starting with the default boost ratio of 45, we were able to successfully boot into Windows until 5.1GHz.  This was not unexpected.  After backing the CPU Core Ratio down to 50, we were able to boot into Windows and began running several benchmarks.  Several ran successfully, however Cinebench and 3DMark Time Spy would cause the system to crash.  We increased the CPU Voltage to the maximum 1.45V (which is still pretty high), but was unable to get it to be stable.  We lowered the CPU Core Ratio to 49 (4.9GHz) and CPU Voltage back to Auto.  However, issues still happened and we had to increase the CPU Core Voltage a little, at 1.42V we were able to successfully complete all the benchmarks. 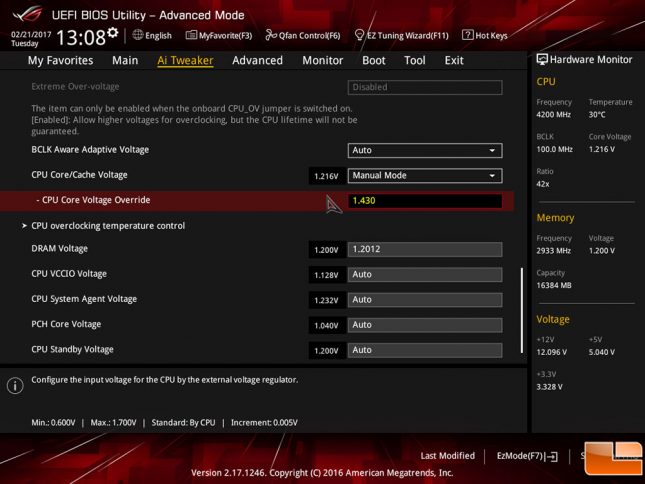 After a quick reset, we tried the ASUS 5GHz built-in profile, and experienced the same issues with the profile as we did manually setting the 5GHz. 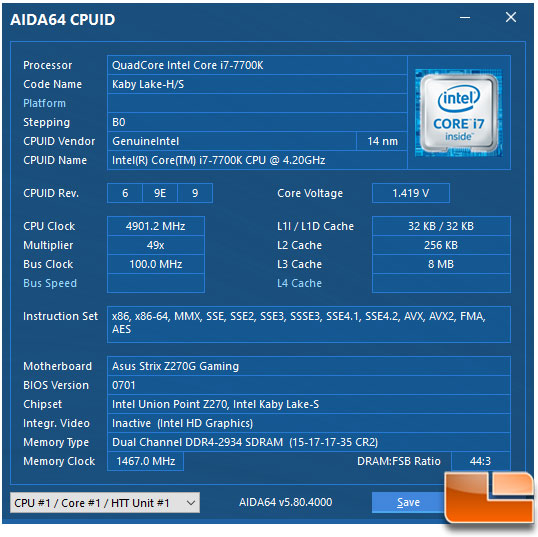 Next we moved on to overclocking the Kingston HyperX Fury DDR4 memory kit.  Using all four memory modules, we were able to run all the benchmarks without any issues using the XMP profile of 2666MHz.  Our past overclocking experience with this specific kit we have been able to get a maximum stable overclock of 3100MHz, while the average across the Z170 and Z270 motherboards has been between 2933MHz and 3000MHz. 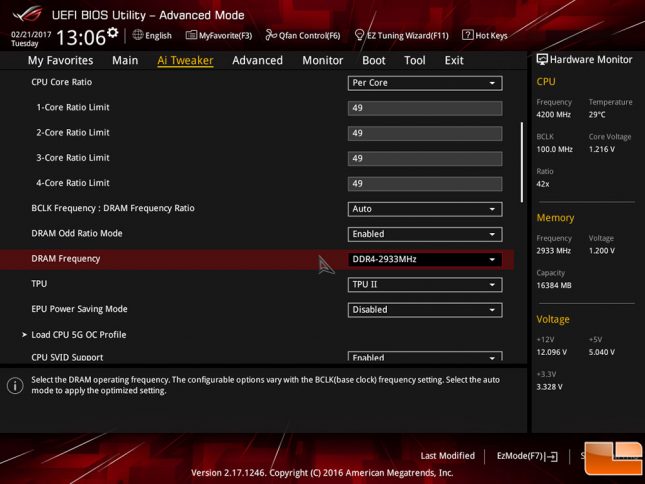 The ASUS STRIX Z270G Gaming we were able to boot into Windows with the memory set at 3000MHz, however we found that to be unstable pretty quickly.  So we backed the speed down to 2933MHz and everything was once again stable.  With different memory kits, you can expect to run them up to 4266MHz, however the Kingston HyperX Fury DDR4 kit has pretty limiting overclocking potential.