Using a P3 Kill-A-Watt meter, we monitored the power consumption throughout all phases of testing, making note of the highest reading for each test. For the lowest reading, we allowed the test system to sit at the desktop with no applications running for 30 minutes. 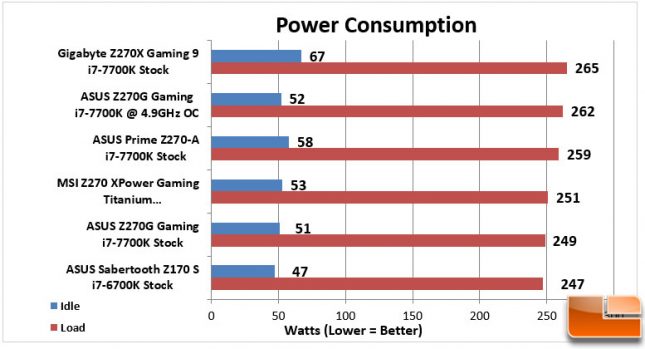 Of the Z270 motherboards we have taken a look at, the ASUS ROG STRIX Z270G Gaming used the least amount of power when running at stock speeds; with a huge different of between 7W and 10W between each of the Z270 motherboards. Overclocking does increase the power draw, which went up from 51W to 67W at idle, and from 249W to 265W. 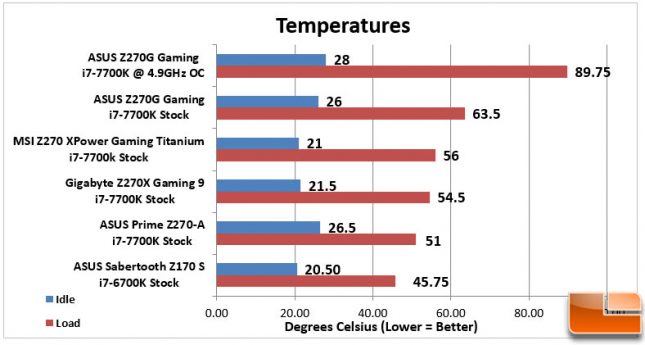 For temperatures, we were a little surprised at the readings, the ASUS Z270G Gaming is one of the warmest of the Z270 motherboards, only surpassed by the ASUS Prime Z270-A. Under a load, the ASUS Z270G Gaming really began to heat up, getting around 7C hotter than the next motherboard. Overclocking the processor caused a huge jump in temperatures, which is probably the reason that 5GHz was stable, until we put the processor under a heavy load.