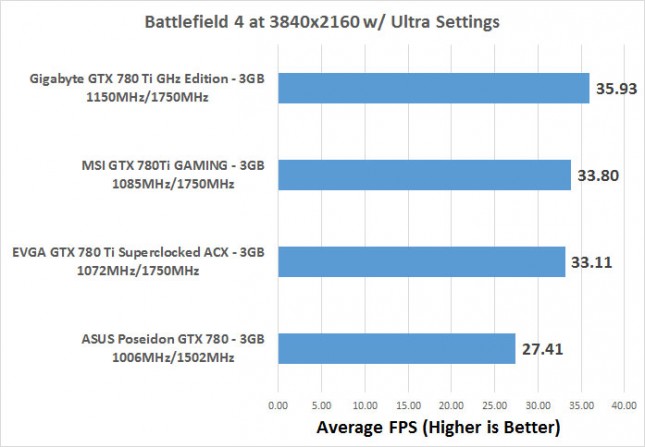 Benchmark Results: In Battlefield 4 with Ultra settings at 3840×2160 we were able to average 27.4 FPS on the ASUS Poseidon GTX 780. We’d like to be above 30FPS at all times, so with a card like this you’ll need to lower the MSAA or overall image quality setting to get that buttery smooth performance on a 4K display. 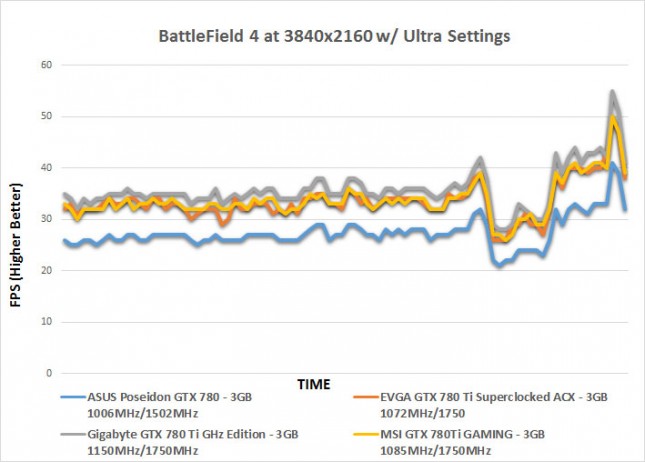