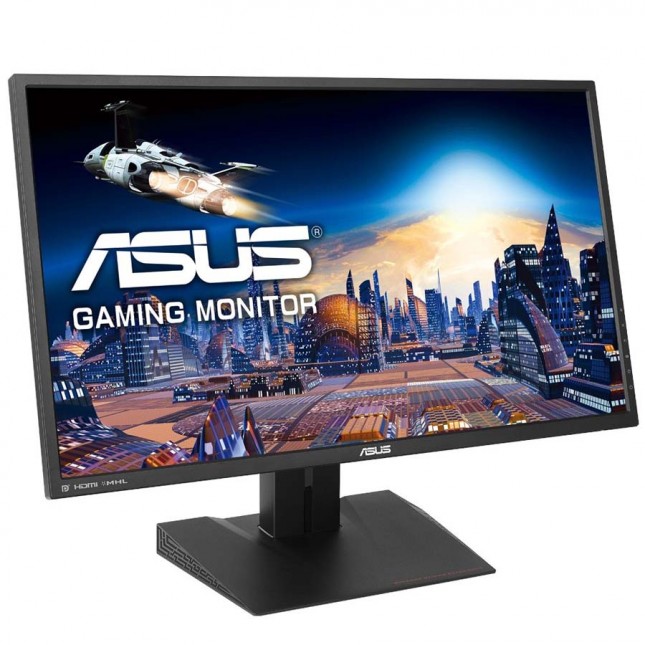 After using the ASUS MG279Q gaming monitor for a couple weeks we have found ourselves really enjoying the new monitor. The image quality and viewing angles on this IPS panel are impressive! We’ve been gaming on the ASUS ROG Swift PG287Q NVIDIA G-Sync monitor for the past year since we reviewed that monitor and the image quality on the MG279Q is superior. Using it on the test bench though has been troublesome though as we use NVIDIA, AMD and Intel graphics on the test bench and the G-Sync module flat out doesn’t play nice when we are using Intel HD Graphics and we often get errors to where we can’t even enter a motherboards UEFI when using that display. The ASUS MG279Q FreeSync display didn’t give us any issues like that and we really enjoyed moving from the TN to IPS panel.

The ASUS MG279Q is a solid display despite being a 144Hz monitor that is FreeSync capped at 90Hz. We had an enjoyable gaming experience on the monitor and couldn’t imagine being capped at 60 Hz like on some of the other panels. We wish it had Picture in Picture or HDMI 2.0 support, but not having those features aren’t a deal breaker for us. The ASUS MG279Q is a solid 144Hz gaming monitor and we were impressed by how well AMD FreeSync ran despite being limted to the 35-90 Hz range. If you are looking for a 2560×1440 Adaptive-Sync gaming monitor that has fantastic picture quality, a wide range of features and the ability to support AMD FreeSync we highly recommend the ASUS MG279Q!

Legit Bottom Line: The ASUS MG279Q is a bit pricing, but this 144Hz gaming monitor with an IPS panel really looks great and has one of the best AMD FreeSync Refresh Ranges among competing IPS models at this resolution.