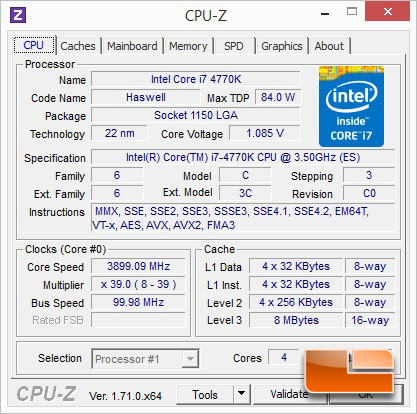 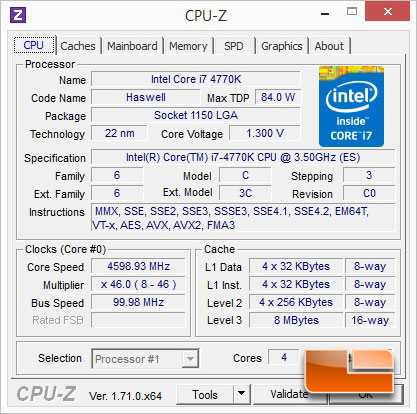 The ASUS Maximus VII Impact UEFI BIOS has an option to ‘level up’ the CPU. Selecting the various options on the CPU level up will give the system a target frequency to hit. I wanted to go for broke and chose to shoot for the 4.6GHz option which is the highest available choice. Once I selected 4.6GHz I saved the settings and reboot the system. The ASUS Maximus VII Impact booted into Windows without any issues and the system was running great at 4.6GHz. 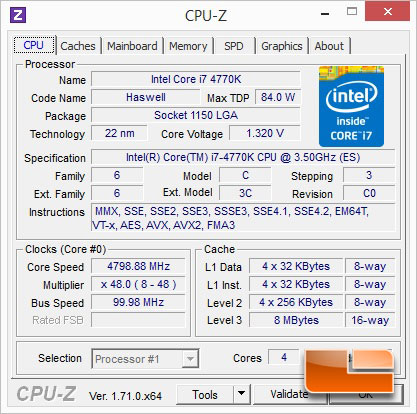 While 4.6GHz is a great overclock, I wanted to see how much further I would be able to push the Intel Core i7-4770K, after just a little bit of tinkering in the ASUS UEFI BIOS I was able to fire up the system at a rock solid 4.8GHz. The only changes that I had to make in the BIOS was to increase the CPU Multiplier to x48 and I had to increase the CPU vCore to 1.32. 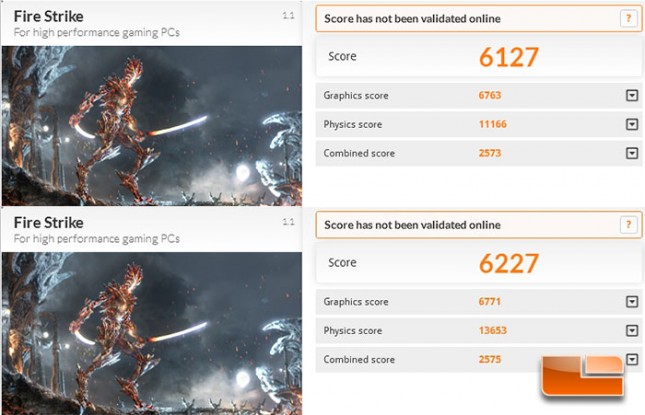 Futuremark 3DMark Firestrike doesn’t see a huge improvement from overclocking the Intel Core i7-4770K, at least not on the overall score, though I did see a gain of 100 points. The bulk of the gains come in the Physics score which saw a jump to 13653 from 11166.