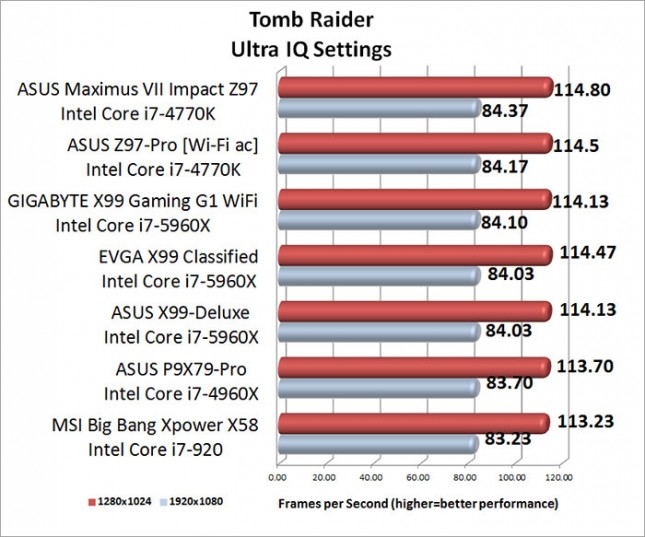 Benchmark Results: The ASUS Maximus VII Impact Z97 mITX motherboard was able to take the top spot on the charts once again in Tomb Raider on the Ultra settings. Running the benchmark at 1920×1080 the Maximus VII Impact averaged 84.37 frames per second, dropping the resolution to 1280×1024 the mITX motherboard was able to average 114.80 frames per second. 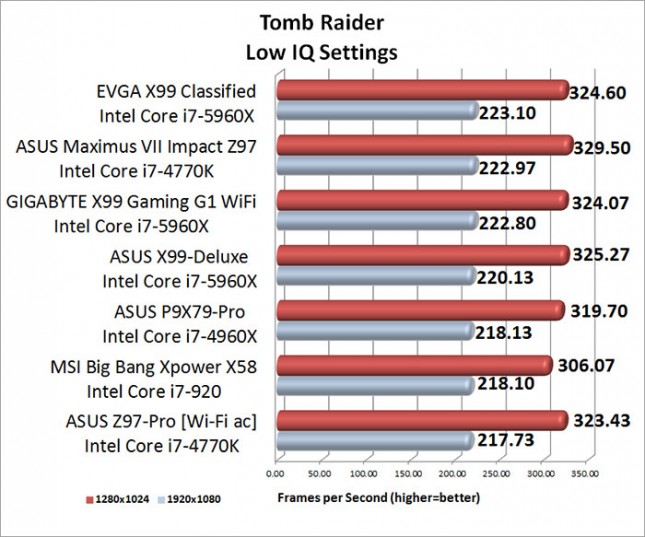