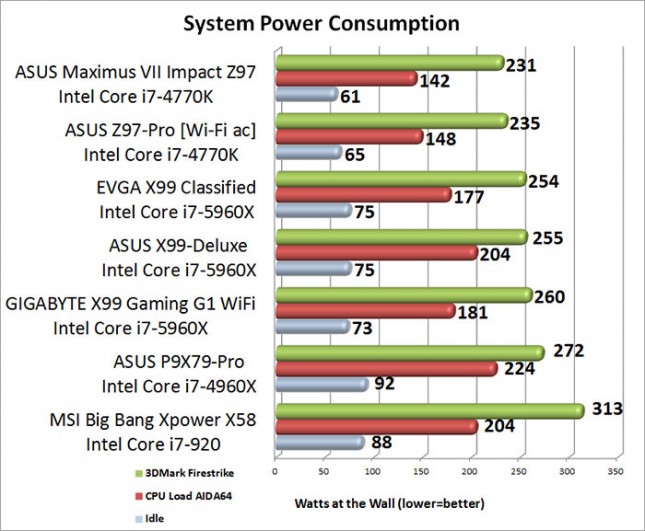 The ASUS Maximus VII Impact managed to pull less power than any of our other motherboards regardless of chipset. The Impact was pulling only 61 Watts at the wall while the system was sitting idle and the power draw increased to 142 Watts at the wall when loading up the Intel Core i7-4770K with the AIDA64 system stability test. Firing up the 3DMark Firestrike benchmark, the Maximus VII Impact was pulling a peak of only 231 Watts, 4 Watts less than the ASUS Z97-Pro ATX motherboard and 23 Watts less than the EVGA X99 Classified which was the Intel X99 platform with the lowest power draw.