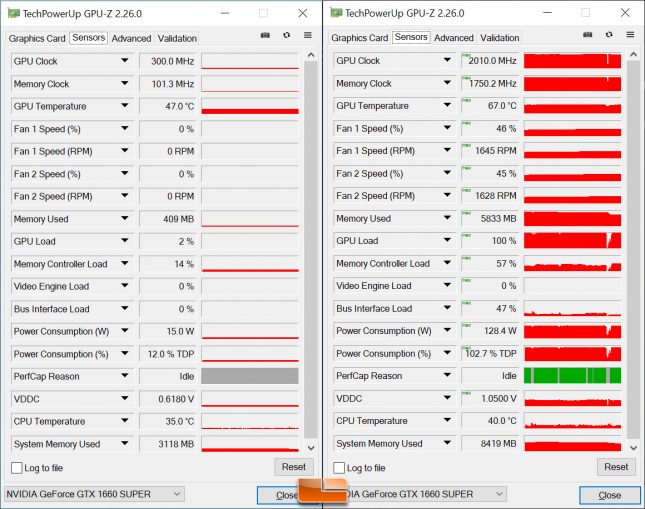 At idle we were sitting at around 47C at idle and this might seem higher than expected to some. The reason the GPU idle temperature is so high on this particular card is due to the fact that the fans aren’t spinning. This means you have no noise from the video card, but will have higher idle temperatures. After playing PUBG for over an hour at 1440P we found that the temperatures topped out in the just below 70C at 67C range. The fans were running around 1645 RPM at full gaming load and could not be heard over the rest of the test platform. The GPU cooler that ASUS went with on this card seems to be doing a superb job keeping the GTX 1660 SUPER under control. 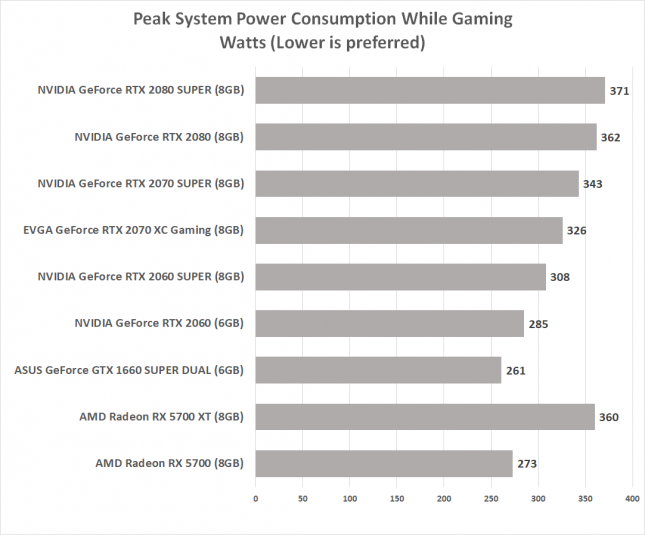 The ASUS GeForce GTX 1660 SUPER DUAL OC Edition in the system had a total system power draw of 261 Watts while playing Rainbow Six Siege at 2560×1440 over an extended period of time. Solid peak power numbers, but we expected it to use less power than all the NVIDIA GeForce RTX series cards.