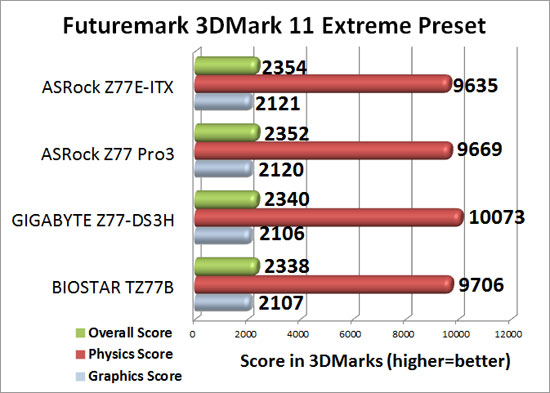 Benchmark Results: The ASRock Z77E-ITX Intel Z77 motherboard was able to edge out the ASRock Z77 Pro3 by 2 points in the Futuremark 3DMark 11 Extreme preset. With an overall score of 2354 3DMarks this mini-ITX motherboard packs a serious punch! 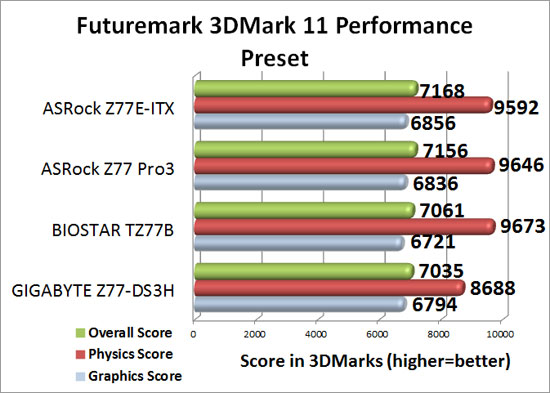