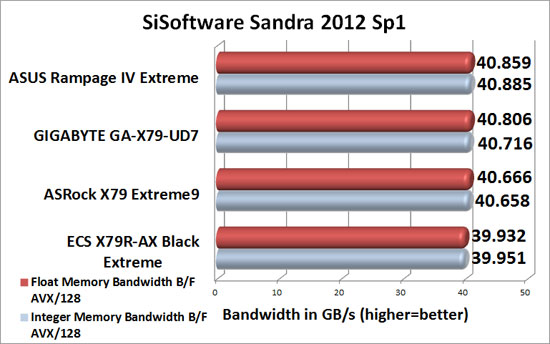 Benchmark Results: The performance margin between our Intel X79 platforms in SiSoftware Sandra 2012 Sp1 is about as close as it can get. The ASRock X79 Extreme9 is only ~.2GB/s behind the ASUS Rampage IV Extreme. That ~.2GB/s is roughly .5% of the 40.6GB/s memory bandwidth of the ASRock X79 Extreme9.