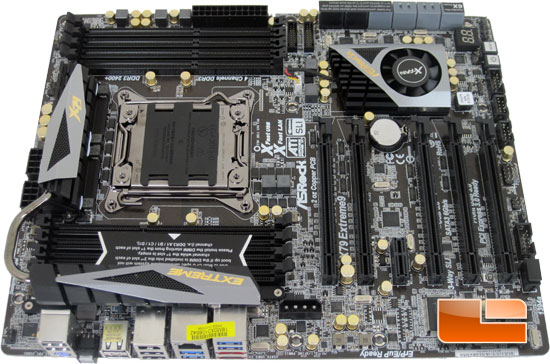 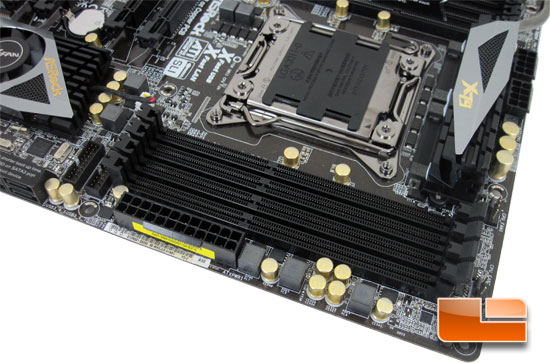 The ASRock X79 Extreme9 features eight DIMM slots for DDR3 RAM. It will support memory up to 2400MHz and a total of 64Gb of memory in quad channel configuration. Along the right side of the DIMM slots we can see a pair of fan headers (1 CPU 4pin, and a 3pin system fan). Just below the DIMM slots is the 24 pin motherboard power plug. 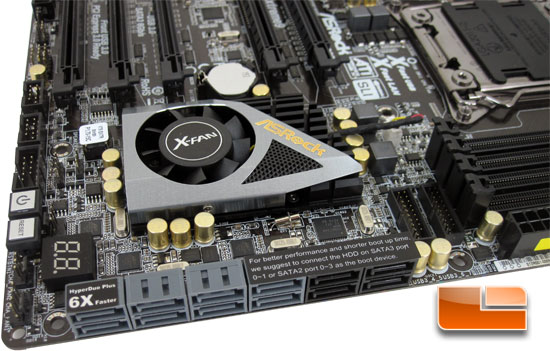 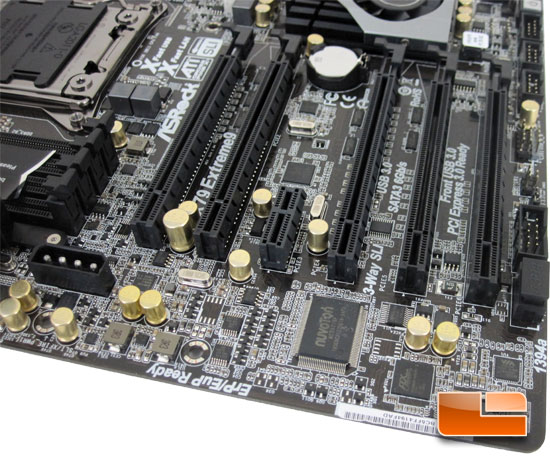 Spinning the ASRock X79 Extreme9 we can take a look at the expansion slots. The ASRock X79 Extreme9 features five PCIe x16 slots and will support 3-way SLI and 3-way CrossfireX. The first four PCIe slots will run at x8,x8,x8,x8 or at x16,x0,x16,x0. The fifth PCIe x16 slot is strictly an x8 PCIe x16 slot. Along the edge of the ASRock X79 Extreme9, we can pick up where we left off above. Beyond the internal USB 2.0 ports and the capacitor we have another internal USB 2.0 header as well as the consumer infrared header, an infrared module header, clear CMOS pins, COM port header, and an internal IEEE1394a (Firewire) header. Along the leading edge of the ASRock X79 Extreme9 we can take a look at a couple of the integrated chips. The first IC on the right edge is a VIA VT6315N; next up we have a PLX PEX8605 PCIe GEN 2 controller and a nuvoton NCT6776F super I/O controller. To the left of the PCIe x16 slots we have a single four pin molex power plug to supply additional power to the expansion slots when running multiple graphics cards. 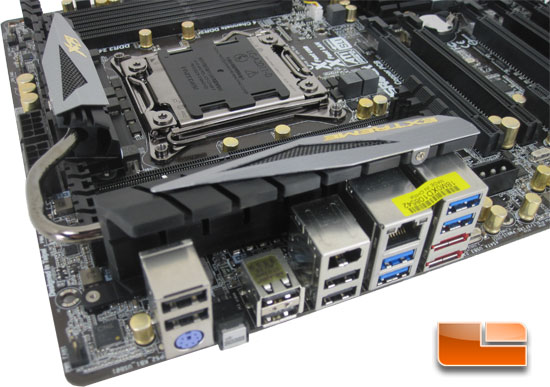 The I/O panel of the ASRock X79 Extreme9 features the usual suspects. There is a grand total of ten USB ports, four of which are SuperSpeed USB 3.0 ports, while the remaining six are USB 2.0. There is also a pair of eSATA 3 ports, a single PS/2 keyboard port, a clear CMOS button, and an RJ45 Gigabit LAN port. 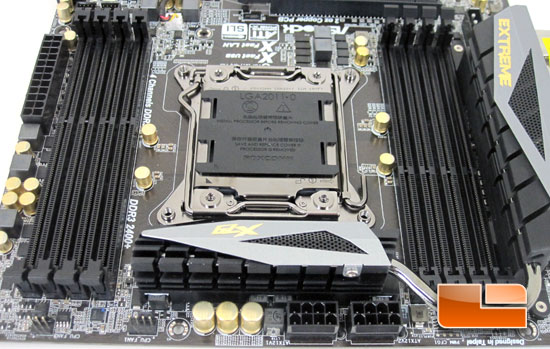