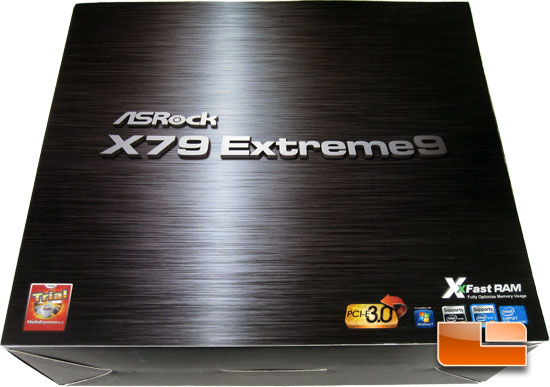 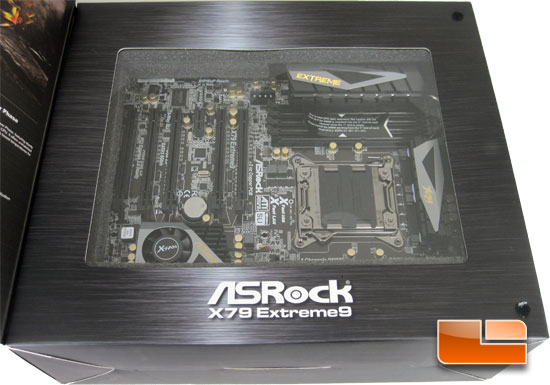 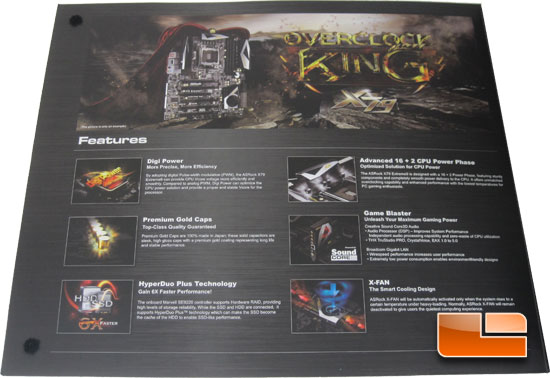 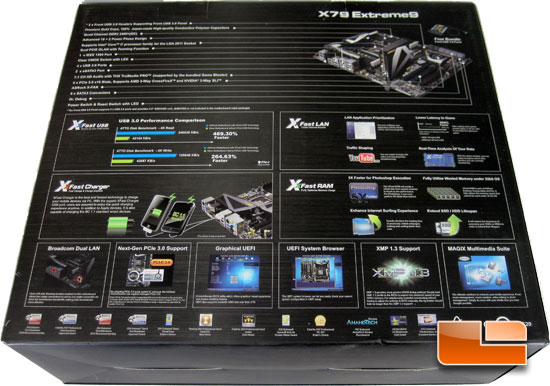 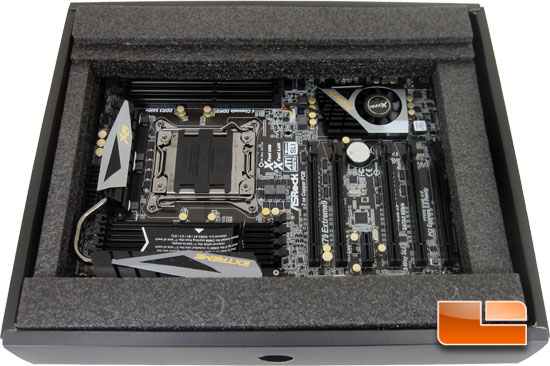 The ASRock X79 Extreme9 is securely packed within the retail packaging. Within the box that contains the ASRock X79 the physical motherboard is completely surrounded in foam to protect it during shipping. 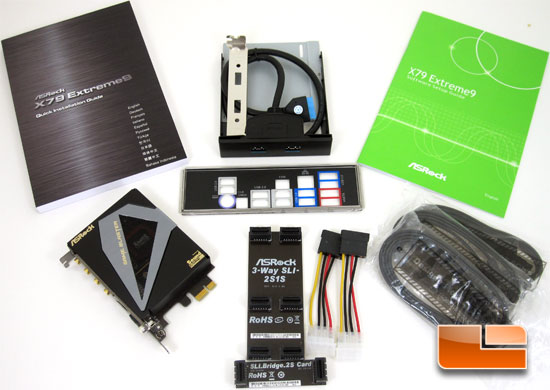 The retail bundle that accompanies the ASRock X79 Extreme9 has everything you will need to help fire the system up. It includes manuals, driver CD, I/O shield, front panel SuperSpeed USB 3.0 3.5″ adapter, a pair of molex to SATA power adapters, six SATA cables, 3-way SLI bridge, SLI bridge, and the Game Blaster audio and LAN card.