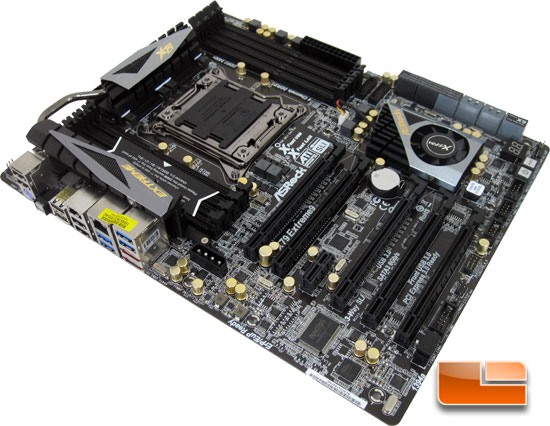 The ASRock X79 Extreme9 has many of the same features that we find on just about all of the Intel X79 motherboards that are out there today. Features like SuperSpeed USB 3.0, 3-way NVIDIA SLI, 3-Way AMD CrossFireX, SATA III 6Gbps, and Gigabit Ethernet have become a staple of the technology in motherboards of today. The ASRock X79 Extreme9 also features a number of technologies that are specific to their motherboards. ASRock has a couple of features that are part of the XFast family. Among them are XFast RAM, XFast LAN technology, and XFast USB technology.

XFast LAN Technology will let you manage what your internet connection is doing. You can configure the priority of the applications that are utilizing the internet. Setting the priority of your online game higher in the XFast LAN utility will reduce the in-game latency. ASRock used World of Warcraft: Cataclysm as an example and achieved a latency that was five times lower than without the XFast LAN technology. 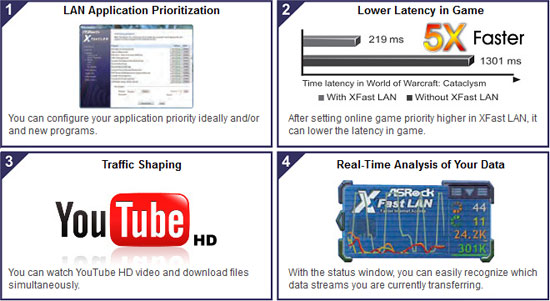 ASRock has also implemented their XFast USB technology on the ASRock X79 Extreme9 motherboard. ASRock claims that XFAST USB will speed up the performance of the SuperSpeed USB 3.0 up to 5x faster than a motherboard without the XFast USB.

Before we move on, let’s take a look at the specifications and features of the ASRock X79 Extreme9 Intel X79 Motherboard.