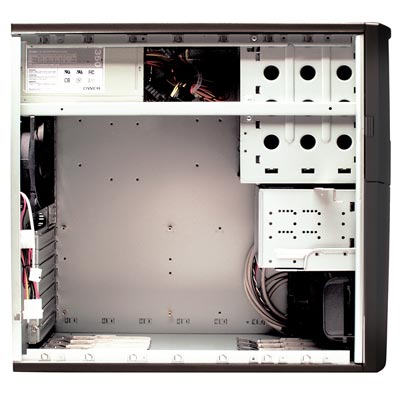 Moving on to the interior I was a little worried from the start. The TX640B looks to be a little cramped for a standard ATX board. Something I’d like to see, yet don’t see enough of anymore are removable motherboard trays. With a removable tray, you can set up your entire system externally then simply slide it into the enclosure, hook up your wiring and move on.

The TX640B supports micro ATX as well as standard ATX motherboard by way of a variety of motherboard standoffs. My only problem with Antec’s Titan 550 was the lack of standoff options (which has since been corrected), the Tx640B suffers no such issue. Setting up the motherboard was not hard, to my surprise. 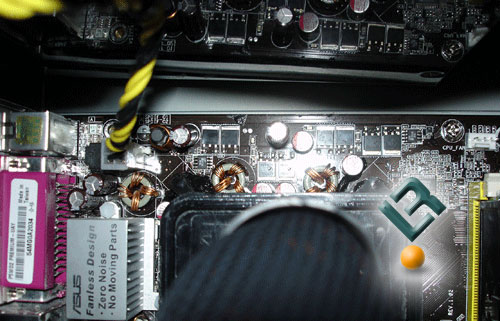 Though it was a little cramped I had no problem installing my motherboard. Users might have some issues with larger HSF and securing the board to standoffs becuase of space, but as always, a well thought out installation plan is all that is needed to avoid problems. Remember, any time you put together a system, lay out your components and make sure you look at every possible configuration. 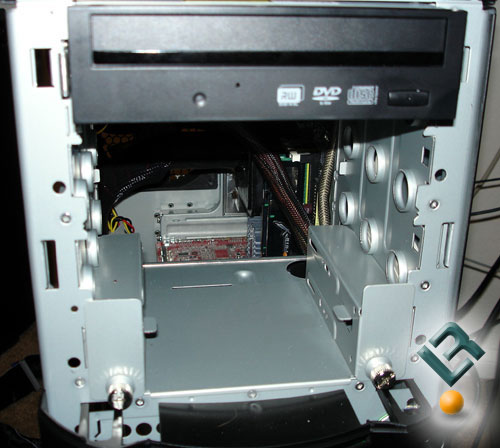 The TX640B features basically the same internal layout as its bigger brother the TX1050B. The only real difference is the Tx640B has three external 5.25 and two 3.5 drive bays. To me these are more than enough as I never use a fan controller, and more often than not use a single Optical drive and FDD. Installation of the optical drives uses  the now familiar rail system. I like Antec’s system over most others in that they use screws to secure the rails to the drive as opposed to plastic pegs, which tend to break easily. 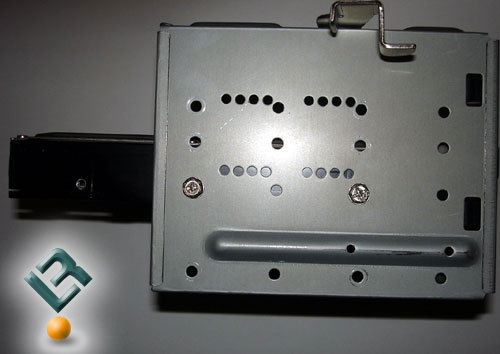 Moving further down, the TX640 includes a single removable 3.5 drive bay cage which houses up to three HDD. I really like Antec’s system here. The HDD has a 80mm fan housing mounted to the front of the removable cage to provide cooling to your HDD, an often overlooked component when it comes to cooling. 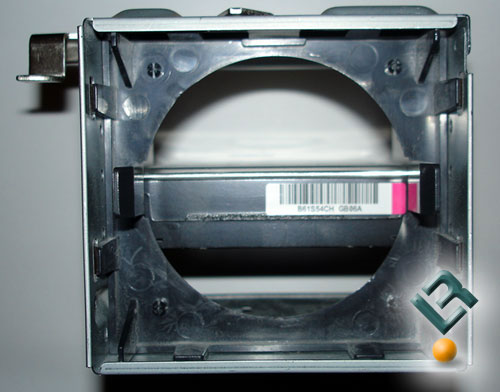 Below the single 3.5 drive bay cage is an open area with yet another 80mm fan mount for drawing air into the case. Antec didn’t go overboard trying to include an additional HDD cage, and instead left users some room to work or stow wiring here. 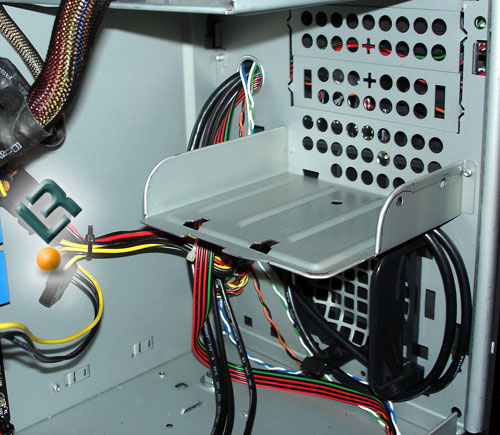 Something I would have liked to see was the ability to mount the cage in either its normal spot or in the bottom for reasons we’ll cover shortly. 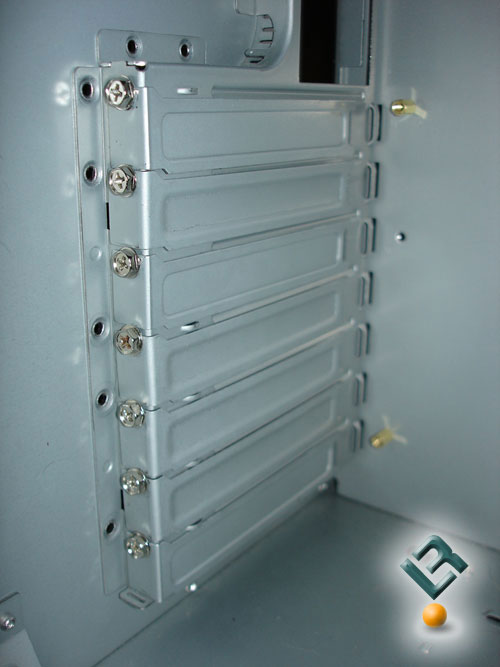 The TX640B PCI slot area is extremely solid. Something i think that a lot of people take for granted is this area. With some cases, the manufacturer uses plastic clips to hold your cards in place, which sometimes makes putting in and taking out cards easier, but also makes for a hassle when a clip breaks. I like Antec’s simple yet sturdy design, Another aspect i like is the solid design of the PCI slot area. Where most cases use a flimsy tin, Antec didn’t skimp; using the same 1.0mm steel used everywhere else on the case. I feel much better that the area doesn’t flex and distort whenever I am working with it. 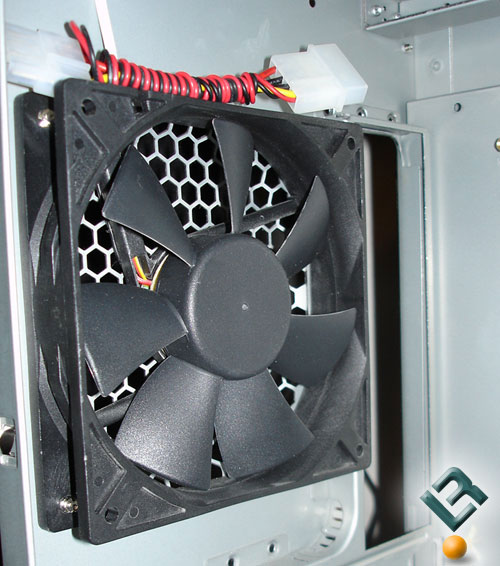 The TX640B uses Antec’s newest cooling fan, the Tri-Cool 1200mm. I really like these fans and have covered them in both my review of the TX1050B and Titan 550 cases. I don’t care for the control design, and in the TX640B, the controller itself dangled in the way until I secured it to the side of the case, but on its own merits, the Tri-Cool is a very good fan that does a great job.

My first problem with the Tx640 was the lack of room when it came to case wiring. There was very little space to stow the wires from the PSU as well as component wiring, which in turn affect the case air flow and cooling. Needless to say, I wish Antec had included one of their outstanding modular PSUs with this case, it would have been an outstanding topper to a nice design.

My second problem came with room in regards to my HDD placement and my video card. When setting up my HDD cage, I placed an 80mm fan in front as to cool my HDD and draw air into the case, however doing so requires the HDD to be mounted further back in the cage, which just didn’t work for my system. With a fan mounted, the HDD simply would not fit along with my video card. After removing the fan and sliding the HDD to the front of the cage, the components were still a fairly tight fit.

Again, a good plan is essential to any system build, and the TX640B is no exception. Before installing any of your components, make sure you have adequate clearance to work with, and make sure you keep air flow and wiring in mind when putting things together, just because they do fit does not mean everything will be fine.

In the end, everything worked out well. The TX640B has a very solid design and more than adequate air flow. I would not recommend this case for something like an internal water cooling kit only because of the lack of room. But an externally mounted kit would be perfect here. My feeling is the TX640B is geared more toward the person who simply is looking for a solid case to build an average system in, not the hard core enthusiast…..but then again, I had something else in mind.