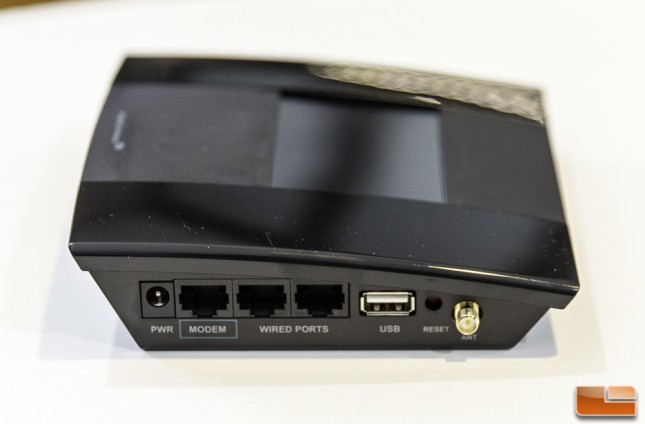 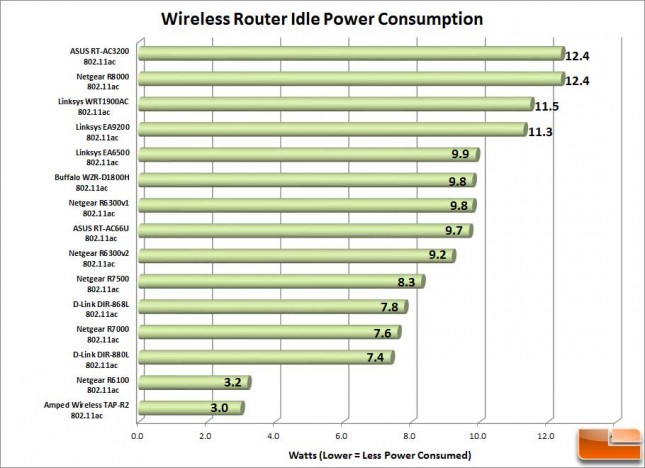 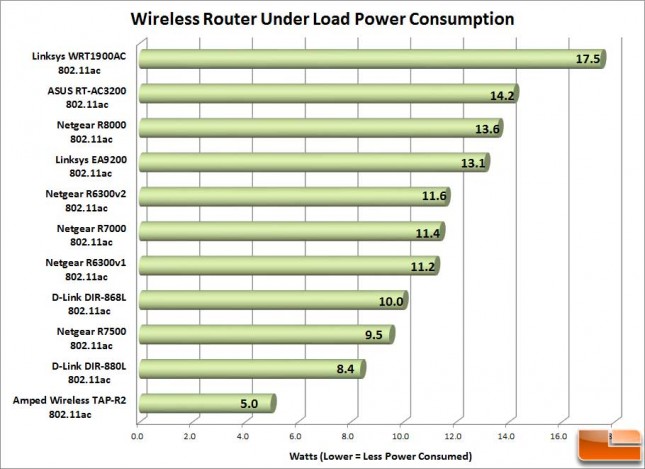 Benchmark Results: Under load the Amped Wireless TAP-R2 measures a very conservative 5.0 Watts of power drawn. As it was under Idle conditions, when the screen is illuminated, the TAP-R2 consumes an extra 0.5 Watts of power. This level of power used easily outclasses all the other 802.11ac devices in our suite.