AMD only gave us a small number of hours to play around with the new Ryzen Balanced Power Plan, but it appears to help out significantly in two of the five game titles that we managed to benchmark today. Those game titles were GTA V and Thief and while they are older games many still play GTA V. We saw 6-7 percent performance gains when gaming at both 1080P and 1440P screen resolutions and that is a nice increase by just loading up a new power plan that disables core parking. 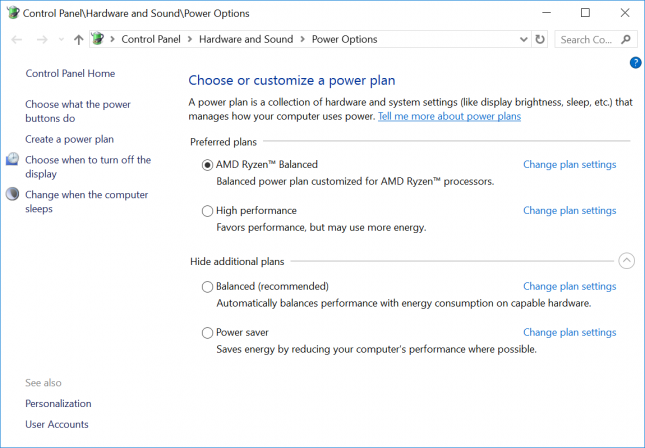