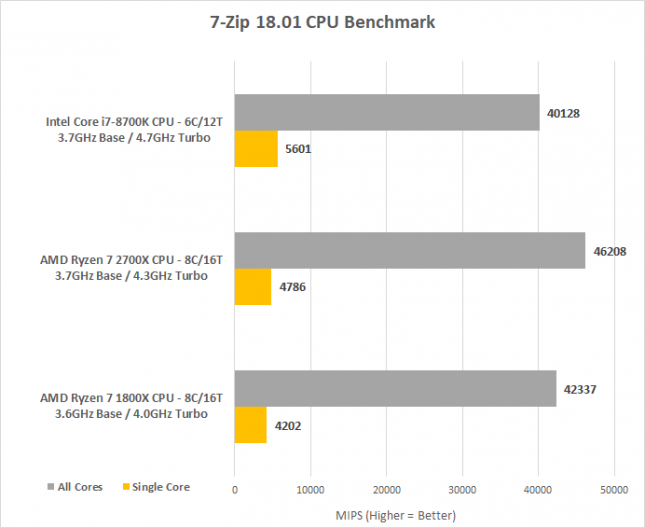 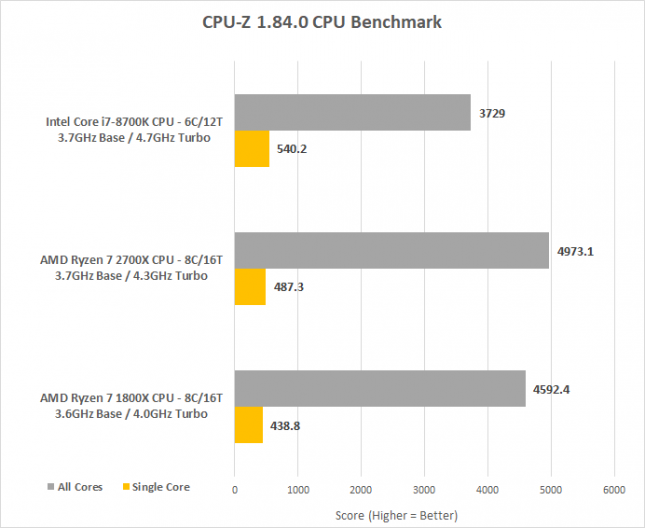 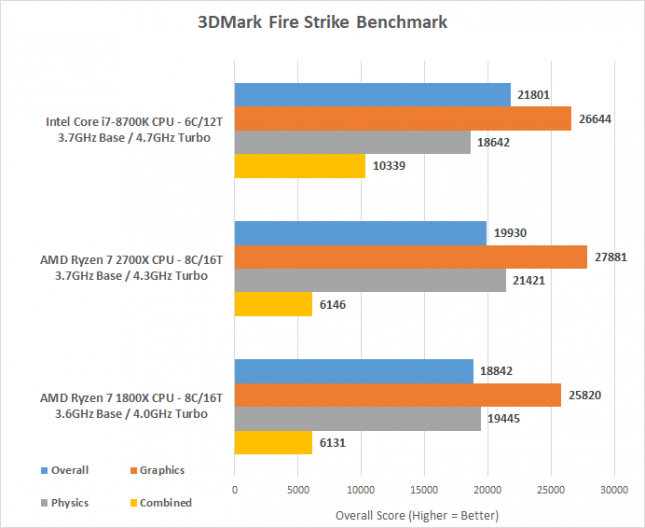 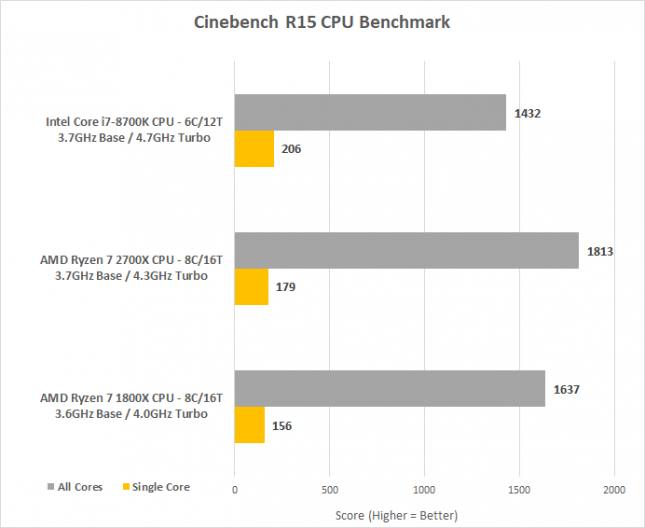 Cinebench Benchmarks Results Summary: Cinebench has been a popular CPU benchmark in recent years and we found the Ryzen 7 2700X coming in with a score of 1813 points on the multi-CPU test and 179 on the single-cpu test. This is a nice jump up over the AMD Ryzen 7 1800X, so good job to AMD on those small IPC refinements and higher core frequencies as we are seeing a 10.8% increase in multi-core performance and 14.7% in single-core performance. This is a nice performance bump between the flagship processors for these two generations!