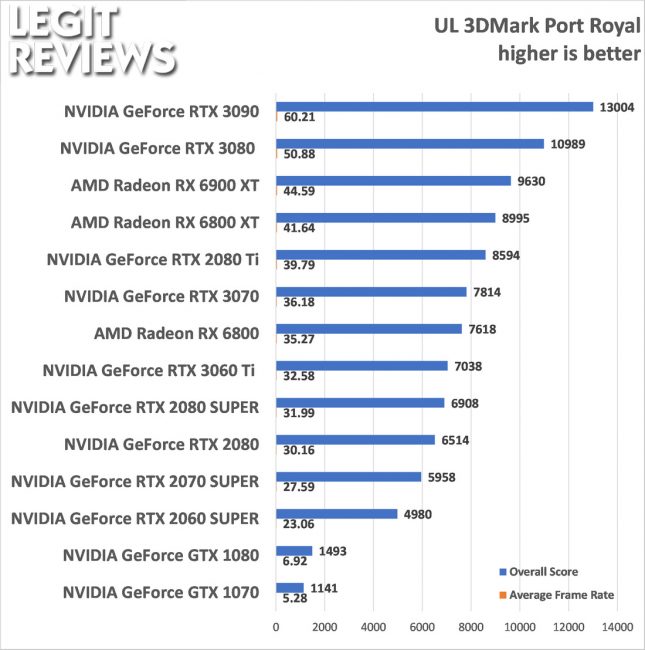 The results for Port Royal show the Radeon RX 6900 XT was behind only the GeForce RTX 3080 and GeForce RTX 3090 graphics cards. A very impressive showing for AMD’s first cards with hardware ray tracing capabilities. 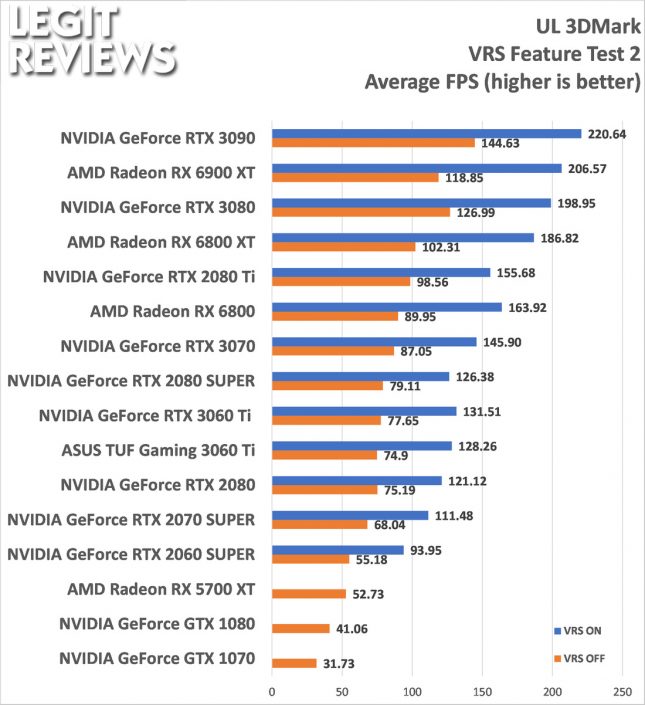 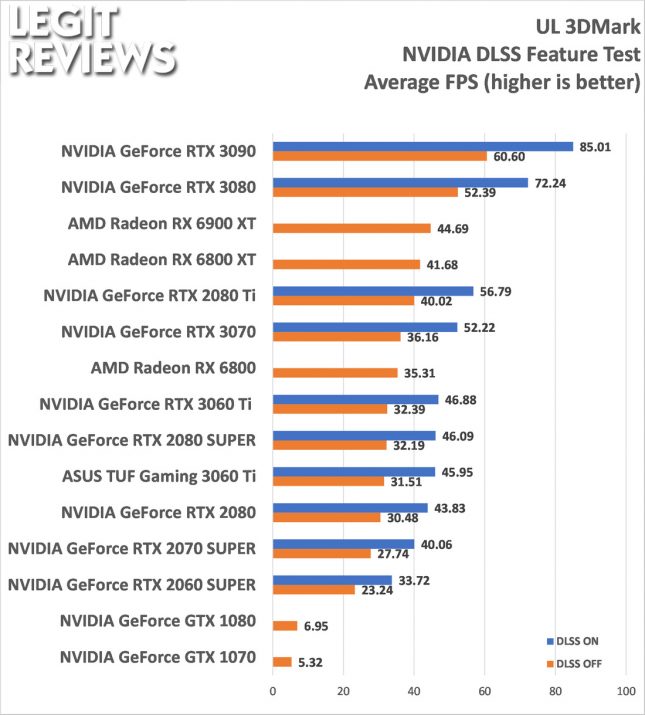 DLSS obviously doesn’t work on AMD Radeon RX 6900/6800 series, but the performance with DLSS turned off shows the 6900 XT being about 8 FPS slower than the GeForce RTX 3080.

Instead of relying on traditional rendering techniques, the whole scene is ray-traced and drawn in one pass. This test uses features from DirectX Raytracing Tier 1.1 to create a realistic ray-traced depth of field effects and the rendering resolution is 2560 × 1440. Camera rays are randomized with per-pixel offsets. There are 12 samples for each pixel when running the test with default settings. We left the test at its default settings for our benchmarking. 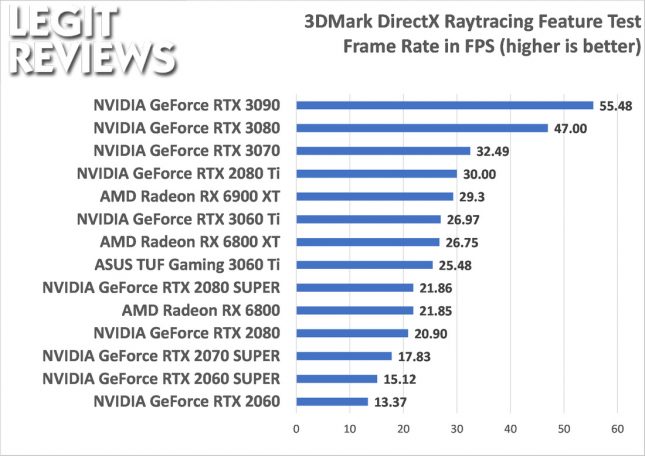 This benchmark has the AMD Radeon RX 6900 XT performing between the GeForce RTX 3060 Ti and the 2080 Ti graphics cards.