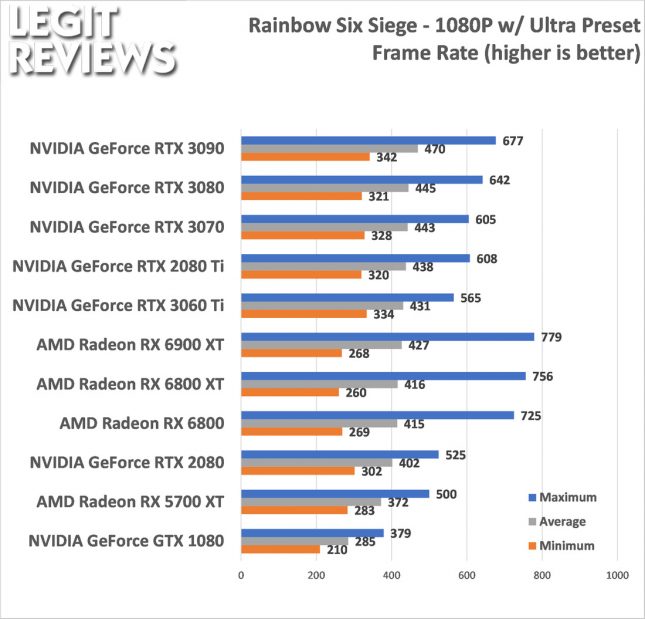 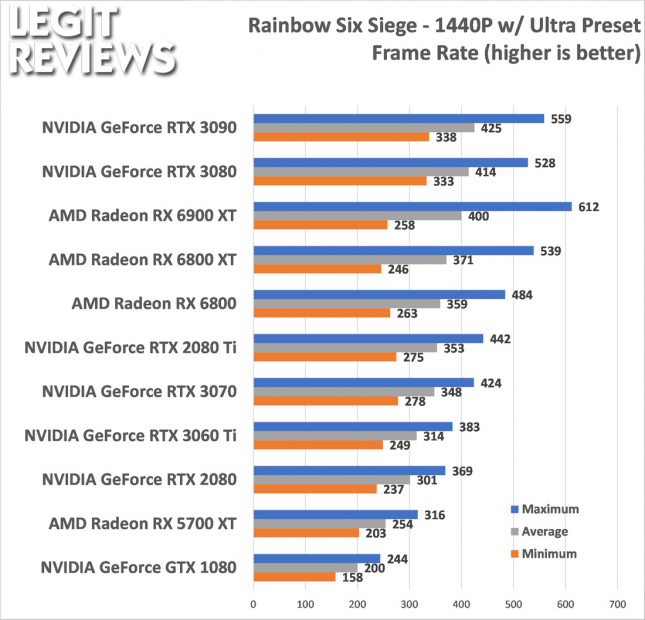 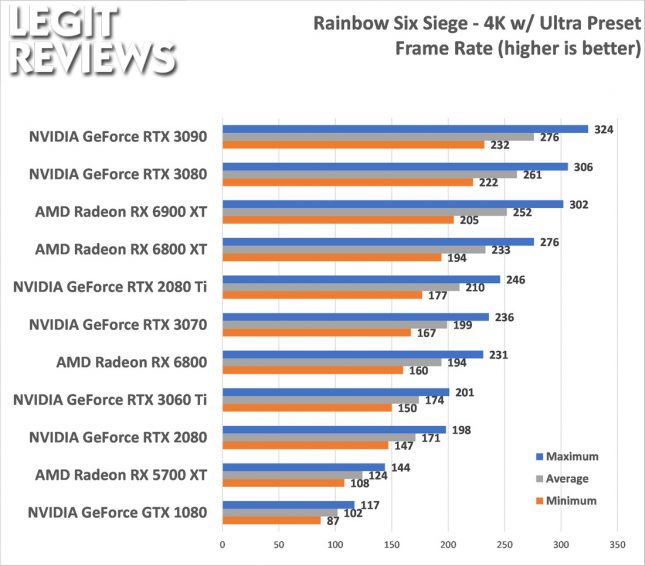 Rainbow Six Siege is another title where the AMD ‘Big Navi’ cards did poorly 1080P, ran great at the higher resolutions. The AMD Radeon RX 6900 XT performed behind the NVIDIA GeForce RTX 3080 Founders Edition graphics card on this game title at 1440P and 4K.