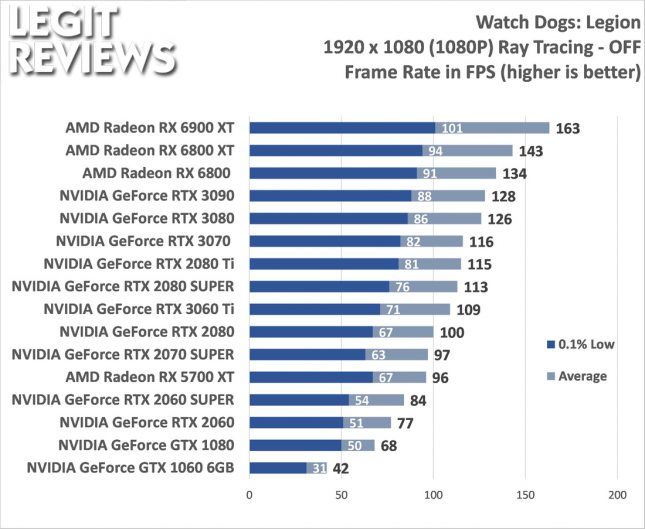 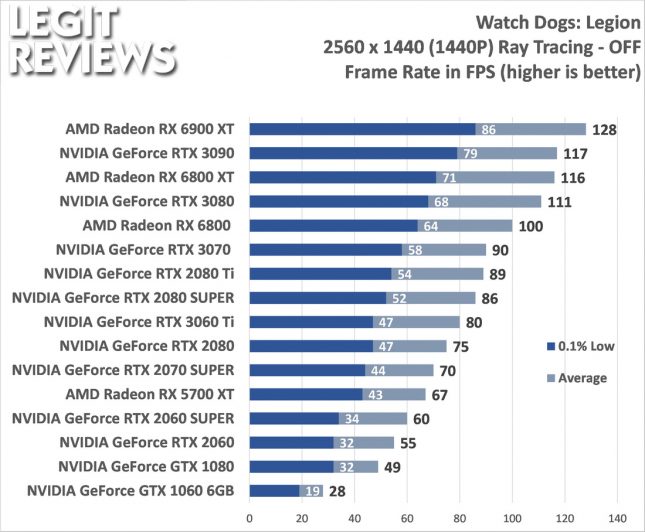 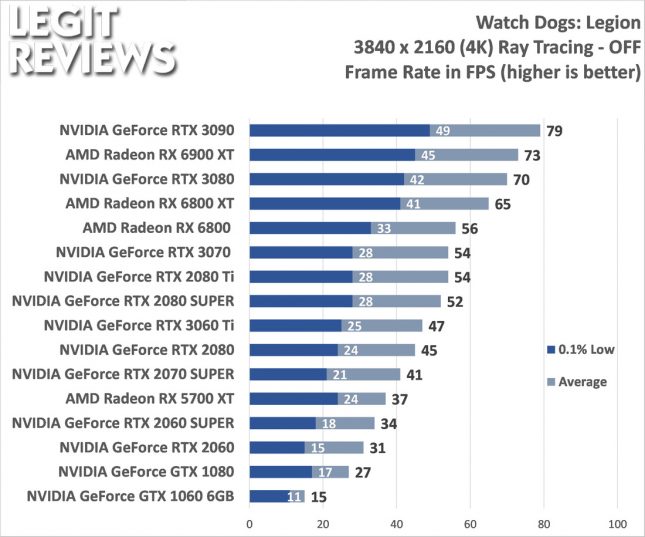 Performance of the AMD Radeon RX 6900 XT was mighty impressive on this game title with ray tracing turned off. The new Radeon RX 6900 XT beat all the other cards at 1080P and 1440P display resolutions.  At 4K display settings the Radeon RX 6900 XT came in behind only the NVIDIA GeForce RTX 3090 by about 6 FPS or around 8%. Not bad considering the price difference between the 6900 XT and 3090! 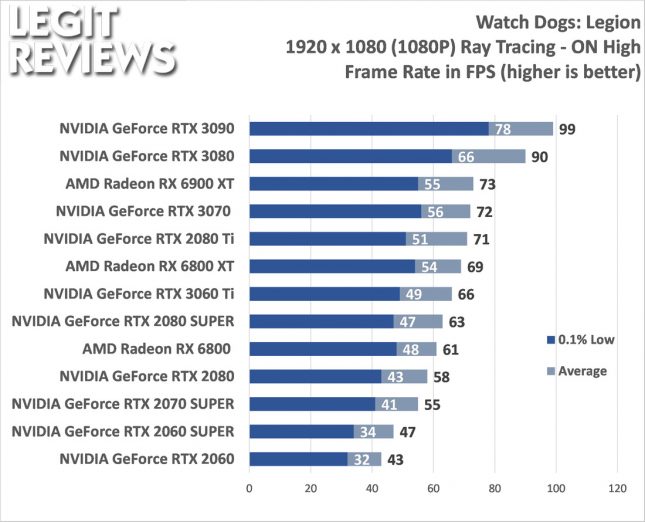 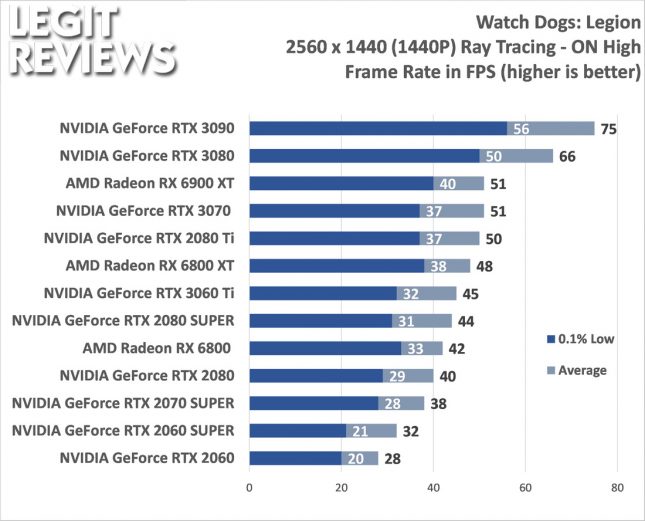 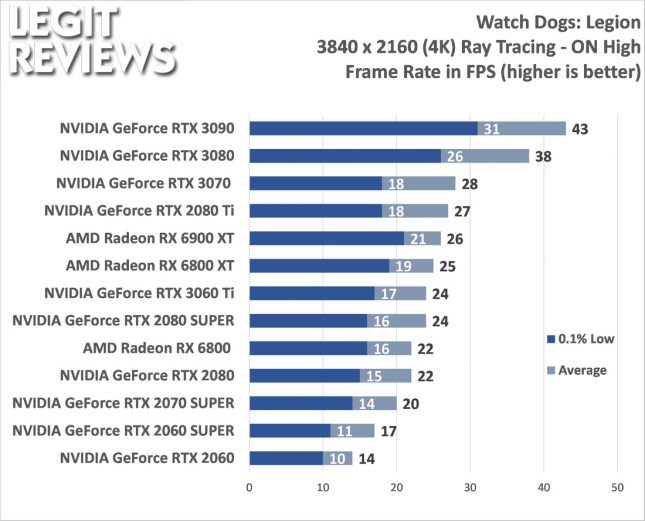 So, AMD has really strong performance on this game title when ray tracing is not turned on and struggles to compete with NVIDIA’s latest cards when it is enabled.