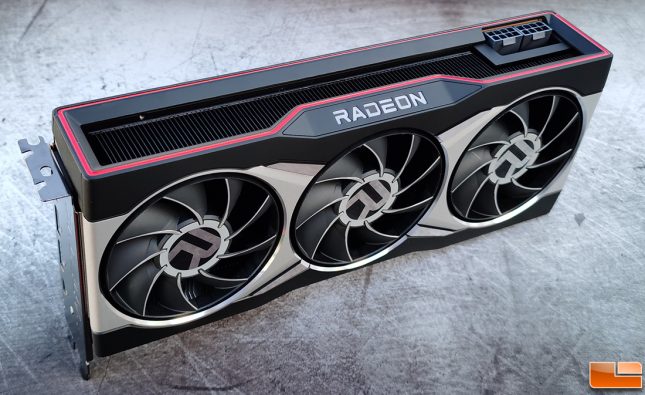 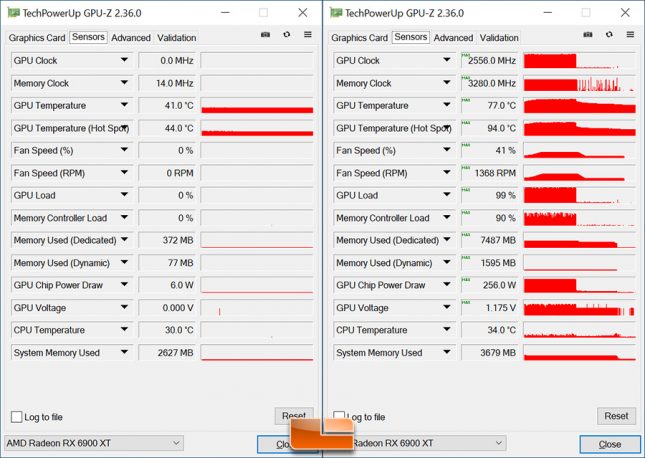 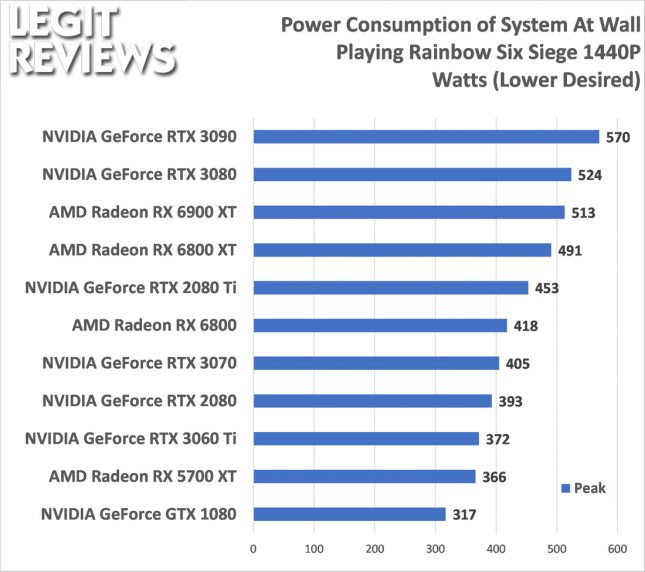 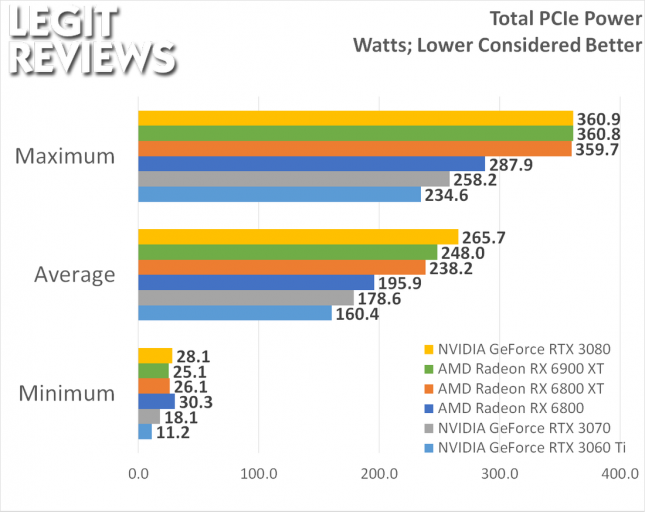 Here is a look at total PCIe Power for the the GeForce RTX 3070/3080 Founders Edition graphics cards compared to the AMD Radeon RX 6800/6800 XT/6900 XT. All of the cards were running at stock settings and we recorded the power on a standard run of 3DMark Time Spy. Here you can see the AMD Radeon RX 6900 XT peaks at 360.8 Watts of power and this is a measurement of just what the card itself is using and nothing else in the system. This is basically the same peak power draw as the Radeon RX 3800 XT and GeForce RTX 3080. The average over the entire benchmark run showed the Radeon RX 6900 XT was about 20 Watts lower than the 3080 Founders Edition and 10 Watts more than the Radeon RX 6800 XT.