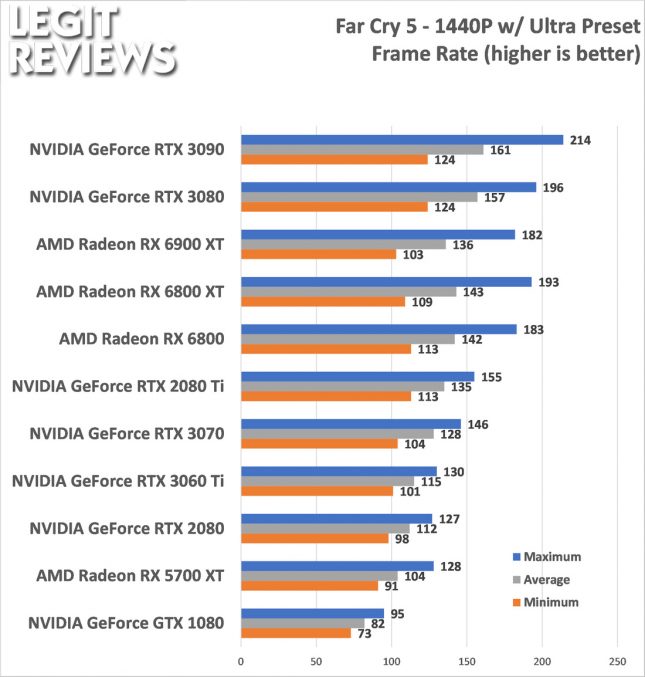 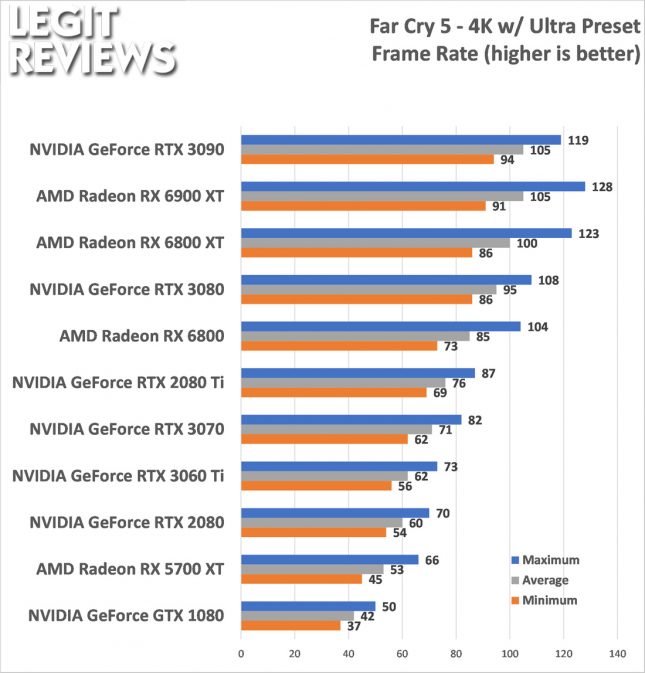 In Far Cry 5 we dropped the 1080P benchmark numbers it looks like we are CPU bound and the results were getting really strange. At 1440P the AMD Radeon RX 6900 XT actually performed slower than the Radeon RX 6800 cards. We shared the results with AMD and they said this game title is CPU limited and they are aware of some abnormalities. At 4K display settings the results looked ‘normal’ again and the AMD Radeon RX 6900 XT was performing at the same level as the NVIDIA GeForce RTX 3090 Founders Edition card.