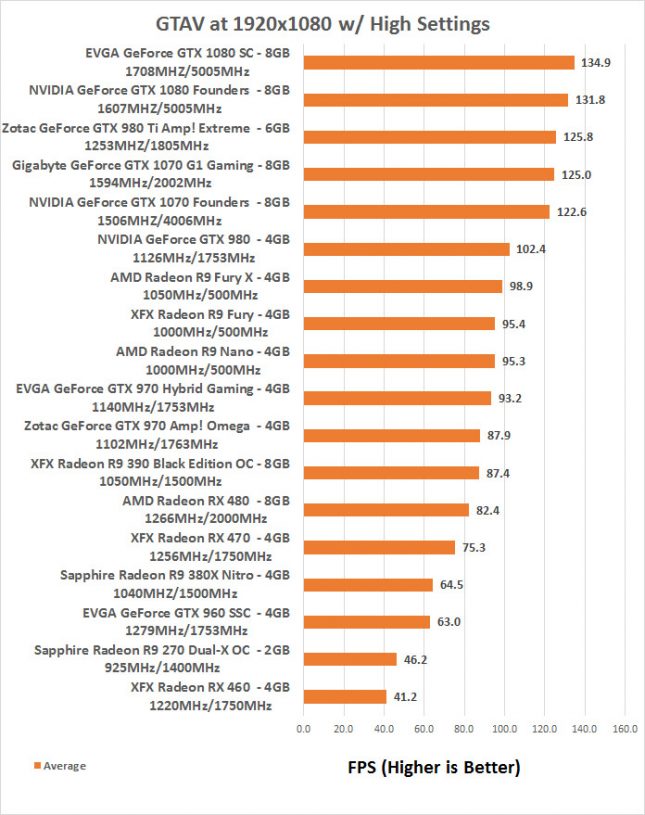 1080P Benchmark Results: The XFX Radeon RX 460 4GB graphics card came in at 41.2 FPS using the GTA V built-in benchmark, so for good 1080P gaming on this card you should disable 2x MSAA that we had enabled for testing.