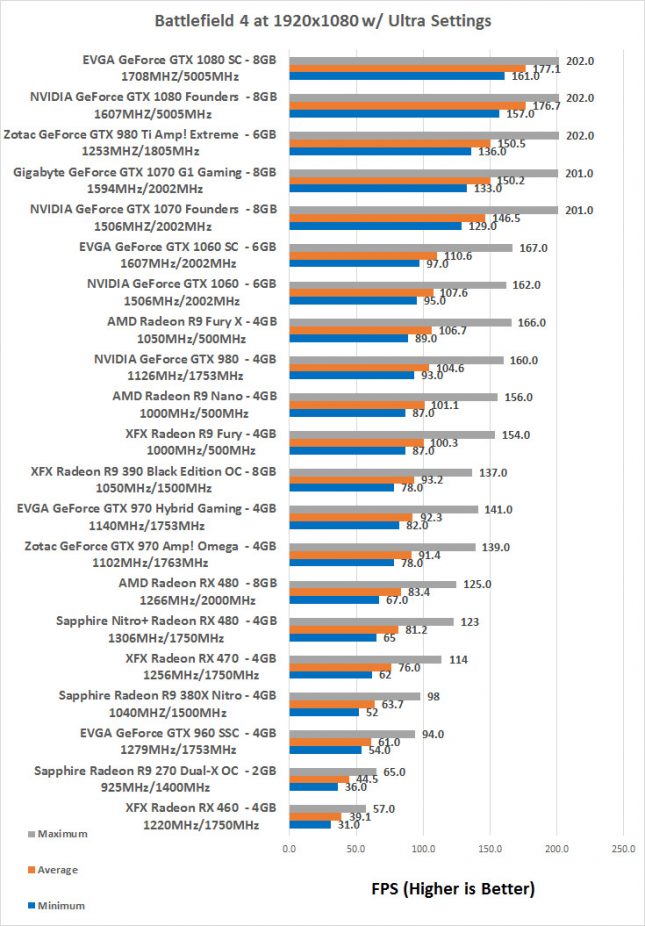 Benchmark Results: At the popular 1080p gaming resolution, the XFX Radeon RX 460 4GB video card was able to average 39 FPS, which is about 5 FPS slower than the Sapphire Radeon R9 270 Dual-X OC from years ago. We were expecting to see a bit higher performance as you can pick up a used Radeon R9 270 graphics card off of eBay for $50-$80 all day long. 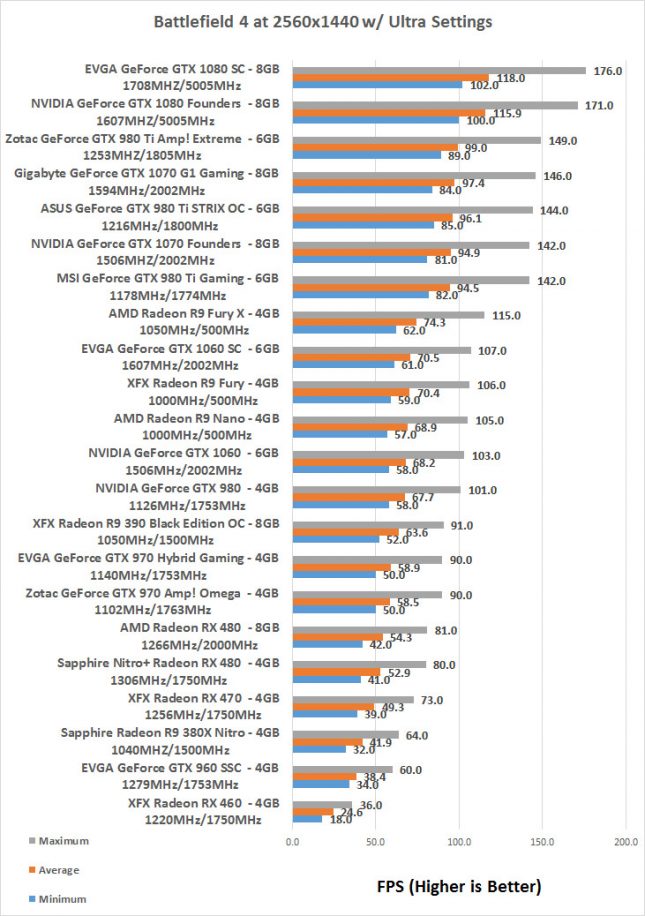 Benchmark Results: When scaling the resolution up to 2k (21601440), the XFX Radeon RX 460 4GB graphics card came in at 24.6 FPS and dropped down into the teens at the lows. This is not a card that is designed for beyond 1080P gaming on graphics intensive game titles like this. 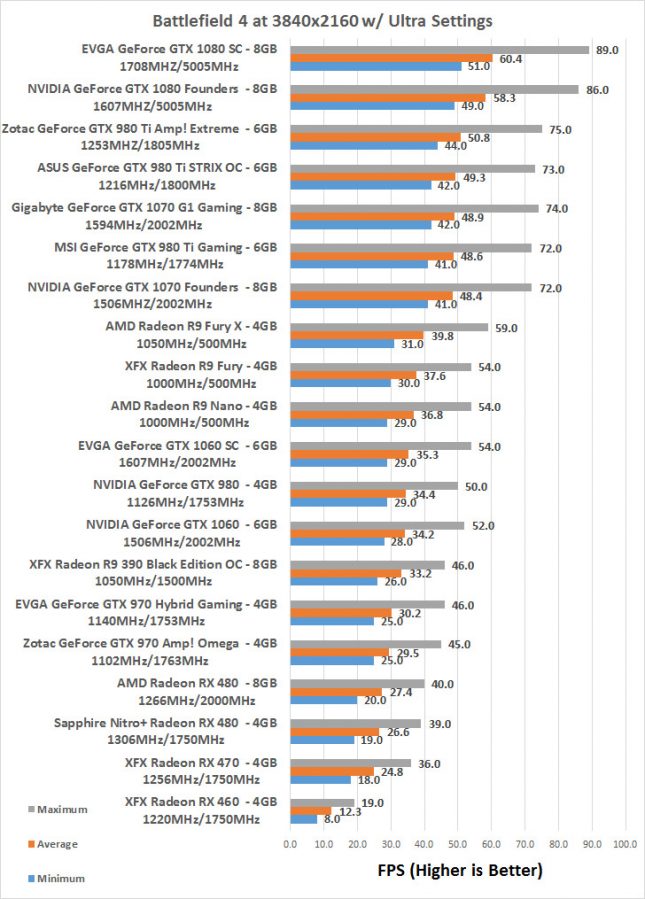