Last week the AMD Radeon RX 470 4GB graphics card debuted at $179 to help bring AMD’s new Polaris GPU technology down to lower price points. The AMD Radeon RX 480 video card runs $199 for the 4GB model and $249 for the 8GB model, so it was good to see what AMD had to offer mainstream gamers. If $179 is still too much to justify spending on a graphics card for your system we have great news for you. AMD is releasing the Radeon RX 460 today and pricing starts at just $109 for 2GB models. The AMD Radeon RX 460 is aimed at entry-level gaming market: those that who want titles popular eSports titles like Dota 2, Counter-Strike: Global Offensive, League of Legends, Rocket League and GTAV with high image quality settings on a 1080P display. The AMD Radeon RX 460 would also be appealing to the HTPC crowd as a $109 graphics card with HDMI 2.0b should be of interest to those looking for a living room PC that will be connected to a 4K UHD TV for general use. 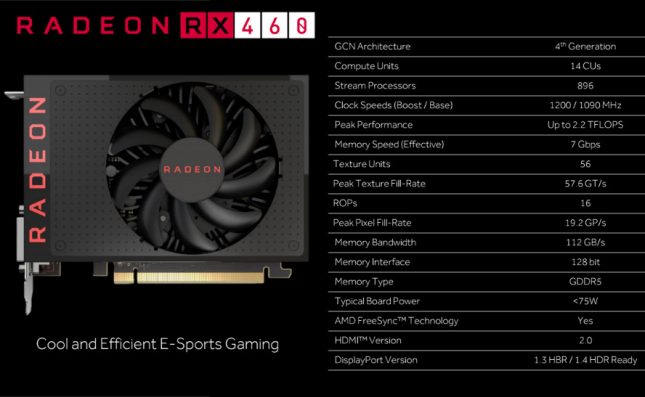 The AMD Radeon RX 460 is the first card to use the new Polaris 11 GPU that features the code name Baffin. The Radeon RX 480 and RX 470 cards use the larger, more powerful Polaris 10 GPU. The Polair 11 GPU used on the Radeon RX 460 has 896 stream processors clocked at 1090MHz base and 1200MHz boost, 56 texture units and 16 ROPs. With these specs you are looking at half ROPS and less than half of the shaders of an Radeon RX 480. AMD Radeon RX 460 models will be available with both 2GB or 4GB of GDDR5 memory that runs on a 128-bit bus at speeds of at least 7Gbps (7.000MHz) as 112 GB/s of memory bandwidth. This card is rated at 2.2 TFLOPS of compute performance, which isn’t bad considering that the RX 460 has a TDP rating of under 75 Watts! This means that the 6-pin PCIe power connector is only needed for extreme power uses or those that want to overclock. Notice that these are minimums and that is because there is no actual reference design. AMD is letting all their board partners release custom boards for the RX 460 launch and is just giving guidance on minimum clock speeds and suggested retail pricing.

Today we’ll be looking at an XFX Radeon RX 460 4GB Double Dissipation graphics card, but it just happens to be one of there are four different RX 460 models available from XFX. Luckily it is pretty easy to pick one out as you have the single and dual fan versions available that have either 2GB or 4GB of memory. All four models are factory overclocked up to 1220MHz on the core boost clock and have 7000MHz memory on them.

All four models are factory overclocked up to 1220MHz on the core boost clock and have 7000MHz memory on them, so when picking out a model you just need to know how much memory you want and how many fans. XFX is charging $10 more for the Double Dissipation (dual fan) models and $20 more to double the size of the frame buffer. 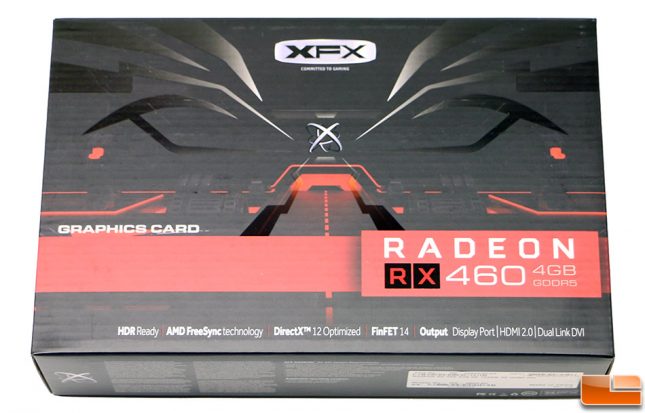 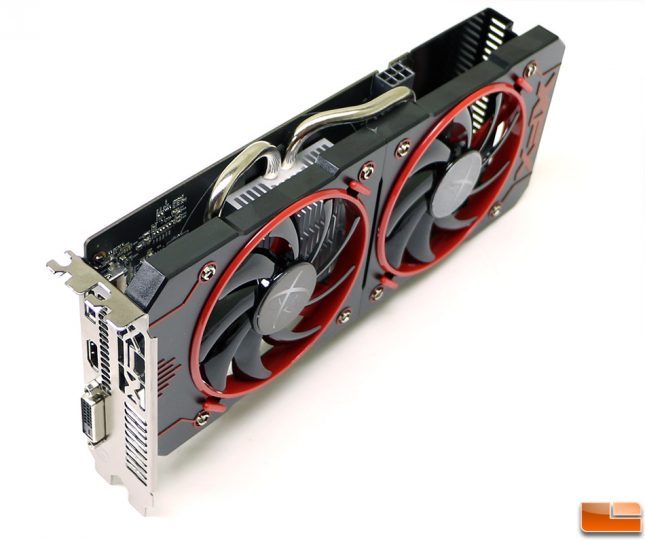 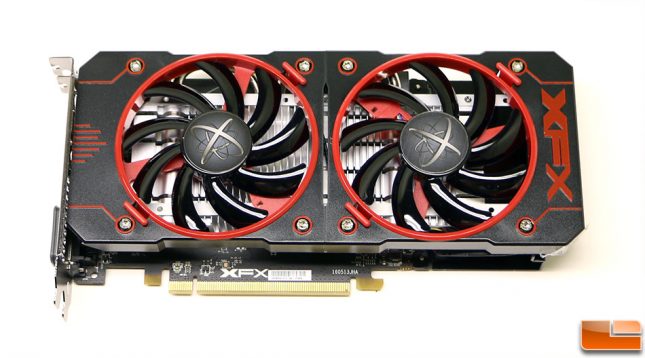 The red ringed cooling fans are held in by two clips and easily pop out, but they are your standard wired fan models and not the Hard Swap interchangeable fans found on the XFX Radeon RX 470 series. 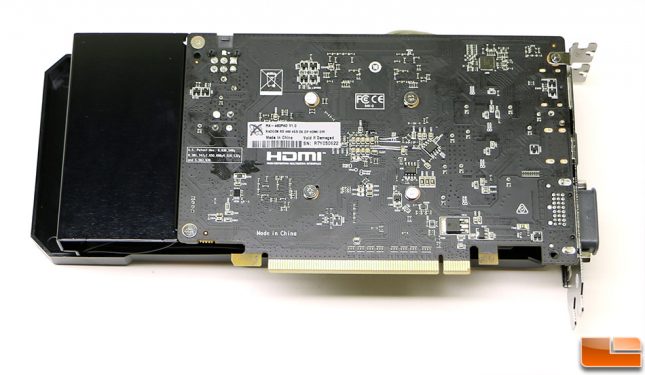 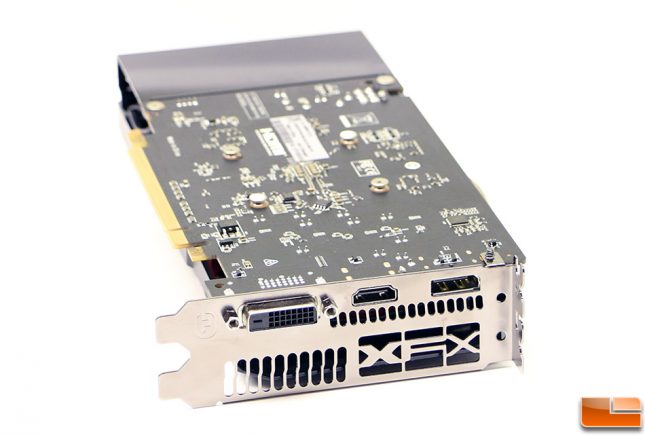 XFX went with one DisplayPort 1.4 output, one HDMI 2.0b and a Dual-Link DVI-D connector when it comes to video outputs. The HDMI 2.0 port does support 4K (up to 4096×2160) @ 60Hz! XFX does not include any DVI to VGA adapters in the accessory bundle with this card, but they do include a dual 4-pin Molex to 6-pin PCIe Power connector should you need one. . We aren’t going to bother showing you the box or retail bundle as you just get a installation guide and a driver disc (who really loads drivers from a CD-ROM these days anyway?).