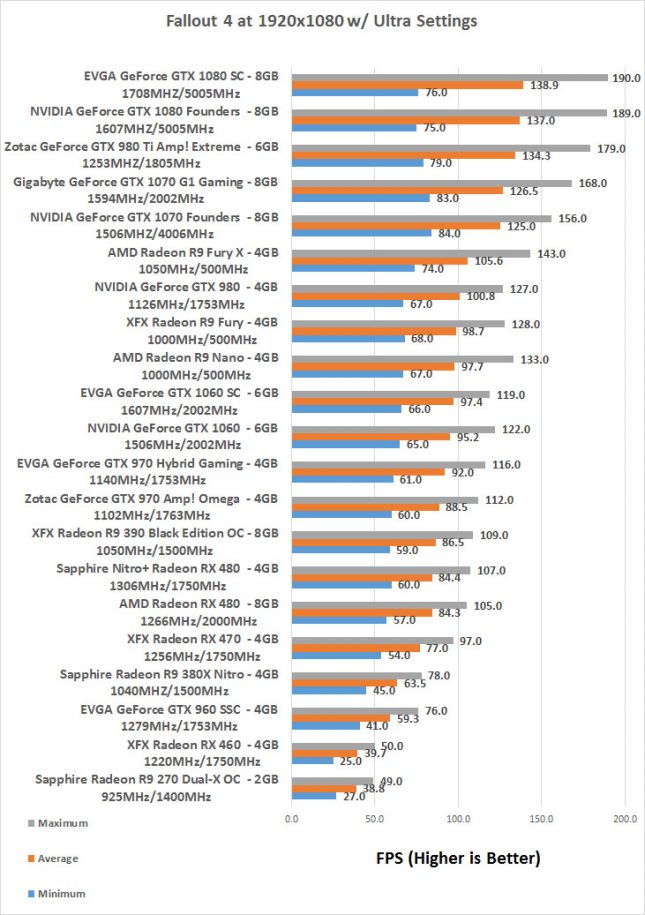 Benchmark Results: In Fallout 4, at 1080p resolution, the XFX Radeon RX 460 4GB was just about 1FPS faster than the Sapphire Radeon R9 270 and averaged 40 FPS. To get this game over 60 FPS on average you’ll need to tone back the image quality settings.