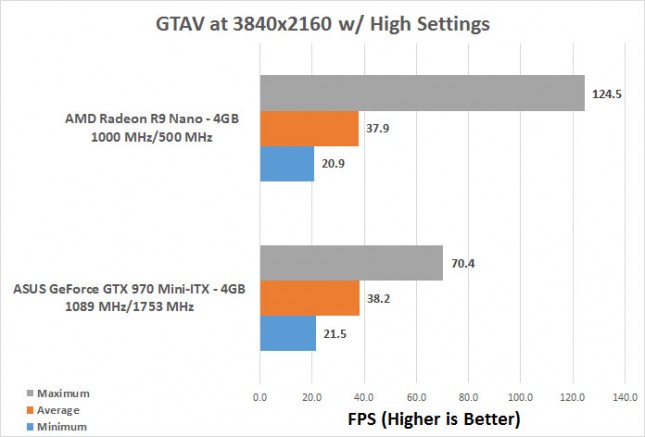 Benchmark Results: In GTA V we ran the games built-in benchmark three times, averaged the numbers and got some pretty interesting results. The ASUS GeForce GTX 970 Mini-ITX video card was less than 1 second faster on the minimum and average results, but the AMD Radeon R9 Nano had a higher maximum frame rate. We’d rather have a higher minimum frame rate though, so the win here has to go to the GeForce GTX 970 card.