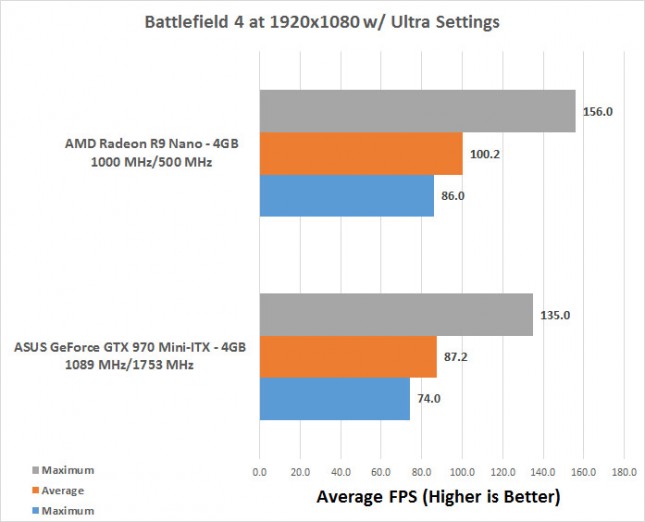 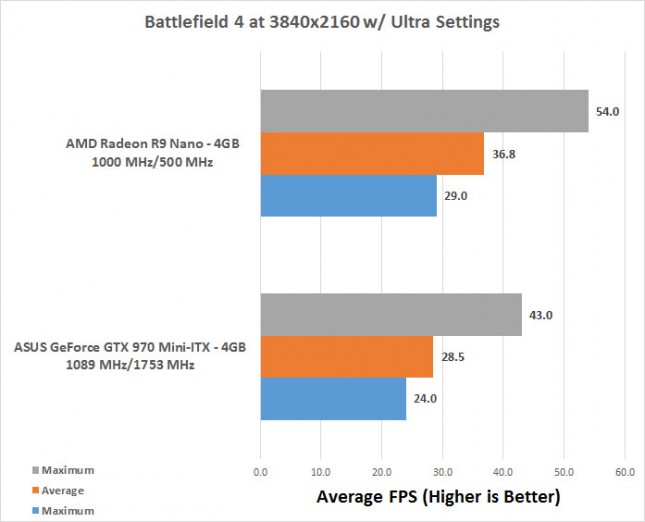 Benchmark Results: When you crank up the screen resolution to 4K Ultra HD settings we again found the AMD Radeon R9 Nano card in the lead, but this time it was by 29%! 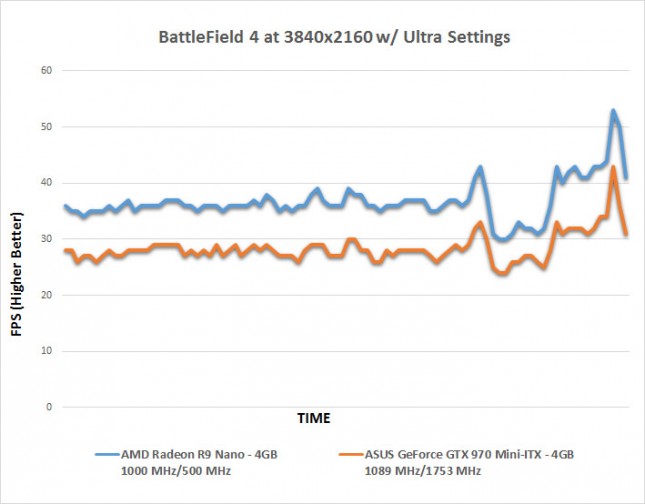 Benchmark Results: Here is a look at the performance over time and you can see that the AMD Radeon R9 Nano was in the lead across the entire benchmark run!