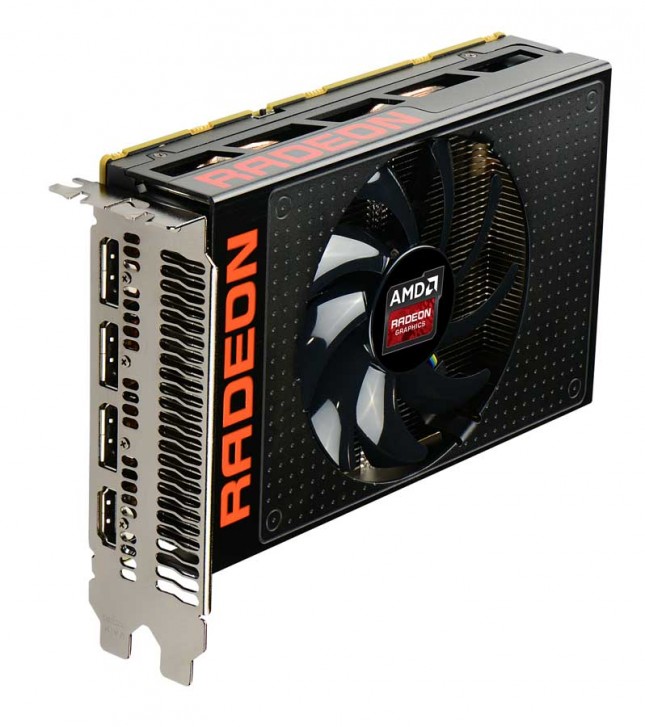 The AMD Radeon R9 Nano is an impressive video card in that you get an astonishing amount of performance with all the flagship GPU features in a six inch form factor. The AMD Radeon R9 Nano won’t be winning at price versus performance charts, but we feel that AMD is trying to get some momentum behind small form factor systems. Mini ITX motherboard sales have been slowly rising over the past five years and many gamers are starting to take note that you can build a smaller desktop PC that is still very capable with regards to gaming performance. The engineers at AMD did a great job putting enough performance for 4K gaming into a card of this size. The GPU cooler on the Radeon R9 Nano has a horizontal fin block stack that has a larger surface area than the one used on the Radeon R9 290X, despite being 40% shorter. AMD focused on using premium components on the Radeon R9 Nano and it’s noticeable the from the second you pick the card up as it has a metal fan shroud and some heft to it!

The suggested retail price for the AMD Radeon R9 Nano is $649 and a couple are already available on several popular online retailers. The Sapphire Radeon R9 Nano (21249-00-40G) is one of the cards listed at $649.00 as is the XFX Radeon R9 Nano (R9-NANO-4SF6) that is listed for $649.99 shipped, but both are listed as being temporarily out of stock. The ASUS GeForce GTX 970 Mini-ITX 4GB video card that we looked at here today is priced at $334.99 shipped after rebate, so the AMD Radeon R9 Nano does come with a rather steep price tag. You are paying a premium to have a tiny 6-inch discrete graphics card!

The AMD Radeon R9 Nano isn’t for everyone, but we see where AMD is headed with the Nano and we do think that there is a market for it. If you are building in a real Mini-ITX case or doing a custom build that needs a powerful small form factor video card that can handle 4K 60Hz gaming then you should give this card your consideration!

Legit Bottom Line: The AMD Radeon R9 Nano is a niche card, but we like it!