The AMD Radeon R9 Nano is heavily optimized for power efficiency, so unless you increase the power limit settings in AMD OverDrive the card will always stay at 175 Watts. This means that if you overclock the GPU clock that you’ll likely end up lowering the performance you get from the card as it will lower the clock speeds even further. We tried to overclock the GPU core clock just 5% and got a lower score, so remember that raising clock speeds means that you are running higher voltages and that means more power and lower scores on this small form factor card. 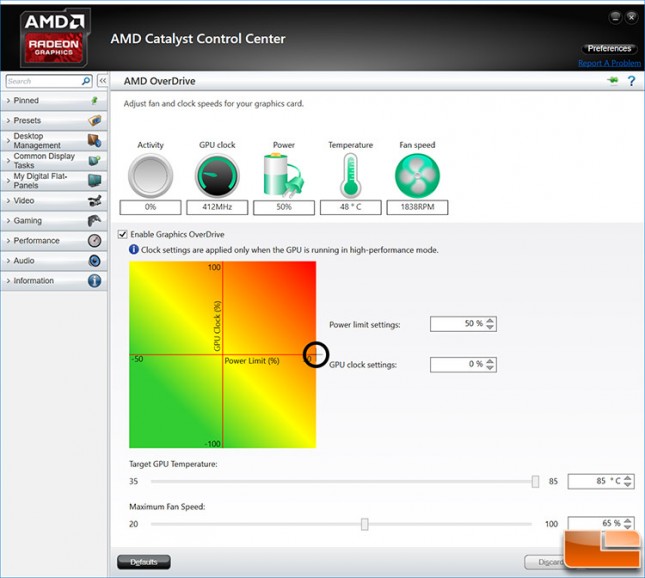 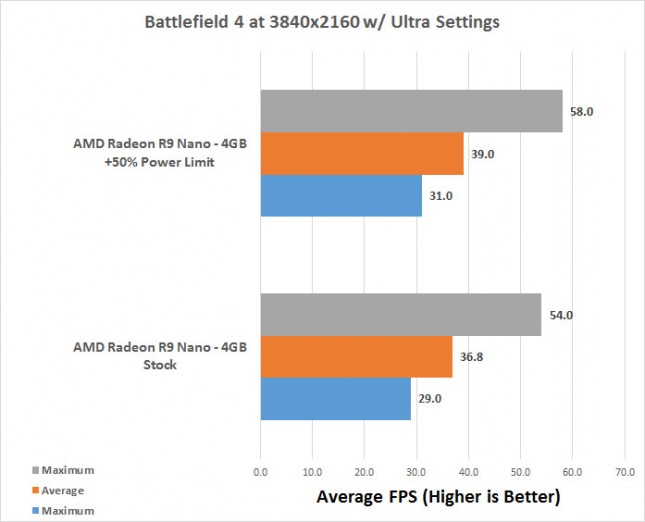 For example in BF4 we got a 6% performance improvement by raising the power limit setting so the card can run higher than 175 Watts. 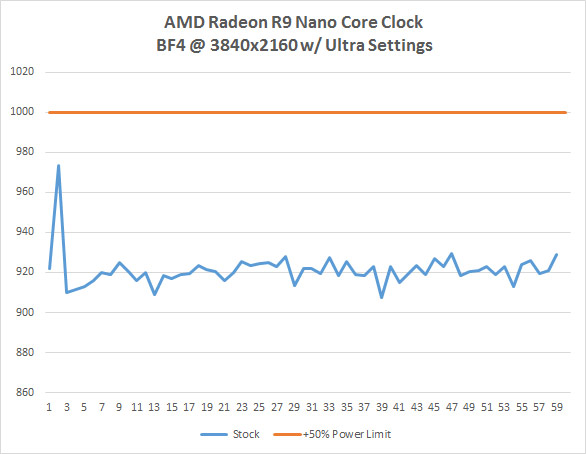 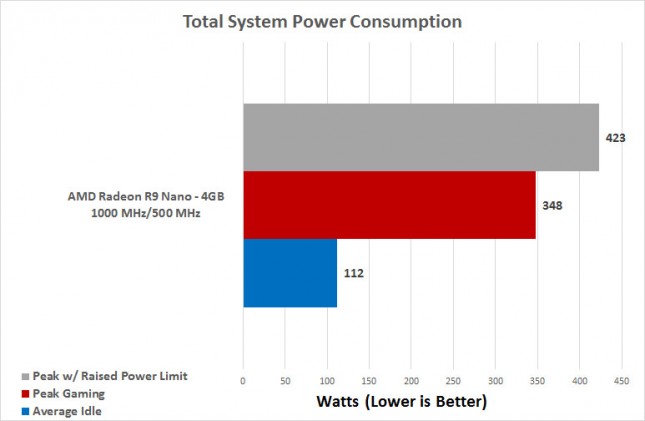 The downside of raising the power limit is that the power consumption of the system went up by 75 Watts (21.5%) and the fan on the card was running at nearly 3,000 RPM to keep the higher temperatures at bay. AMD said they already picked the most efficient clocked settings for the AMD Radeon R9 Nano and we have no reason to doubt that claim!