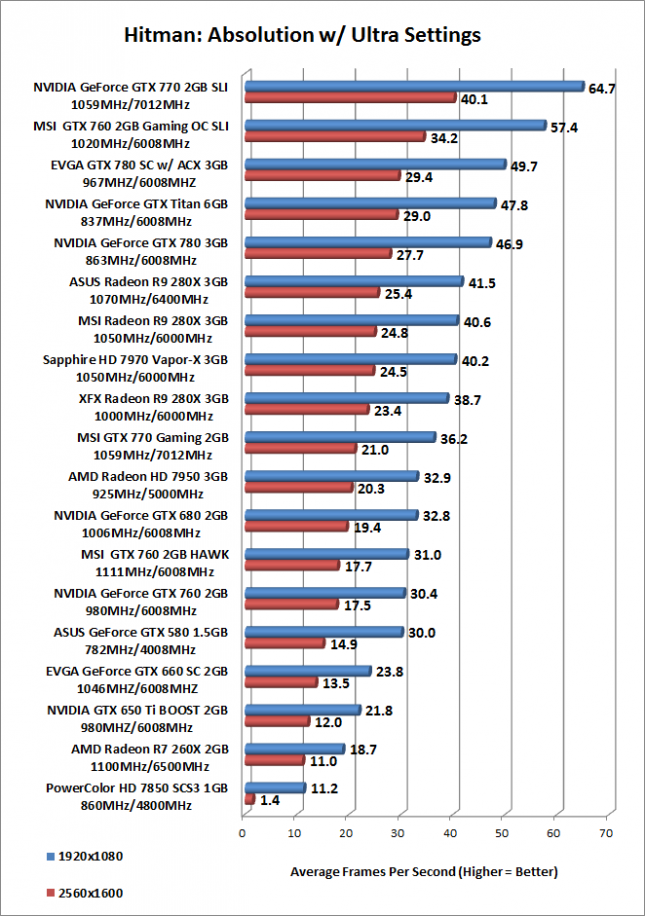 Benchmark Results: The AMD Radeon R9 280X overclocked card by ASUS was just 3-5 FPS behind the mighty NVIDIA GeForce GTX 780 video card that is powered by the Kepler GK110 GPU! Not bad considering this is a $299 video card and a GeForce GTX 780 will set you back a solid $659!