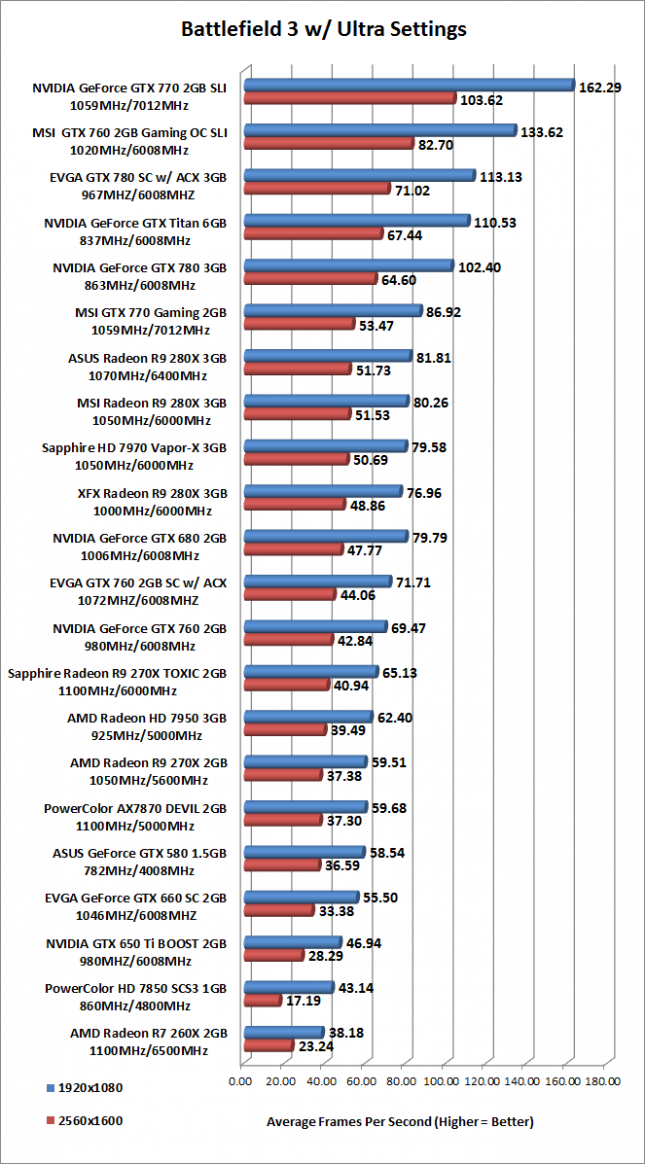 AMD said that the AMD Radeon R9 280X will be able to play Battlefield 4 at 2560×1440 with maximum quality settings. This game title isn’t out yet to test, but we tried it out on the beta and it appears to be true.