A video card review isn’t complete without some overclocking, so we’ll be taking a look at overclocking each of the three AMD Radeon R9 280X video cards. To overclock we used a 3rd party overclocking utility to adjust the the power control settings to +20% and to raise the GPU and memory clock settings as high as possible. We left the fan control on auto and did not adjust the voltages on the card. It should be noted that the the XFX Radeon R9 280X Double D has a voltage that can not be adjusted, so it is set at 1.2V no matter what. The MSI and ASUS cards have voltages that can be adjusted higher and thus further overclocks are highly likely. 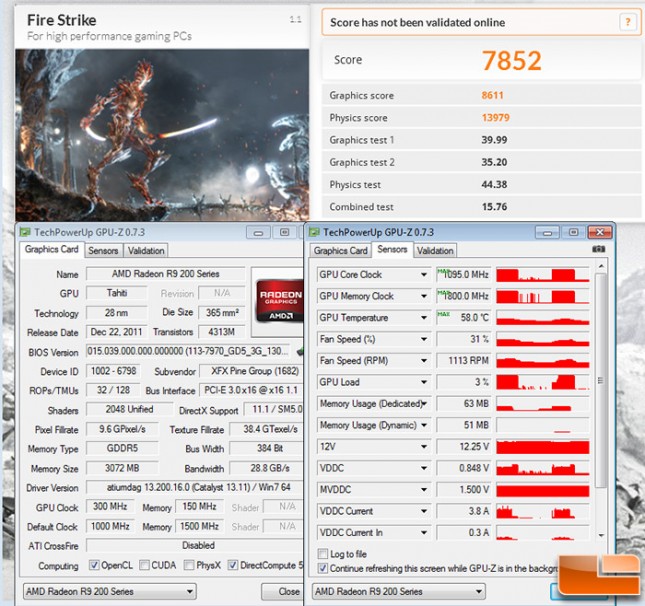 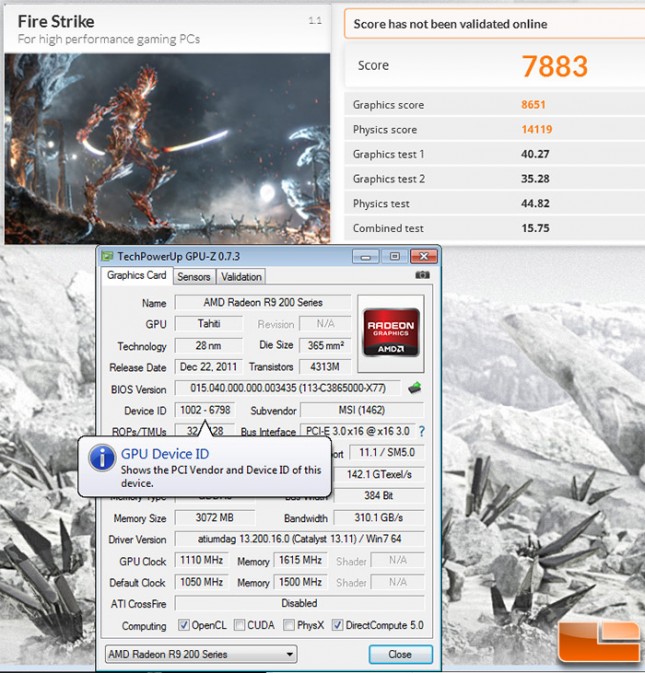 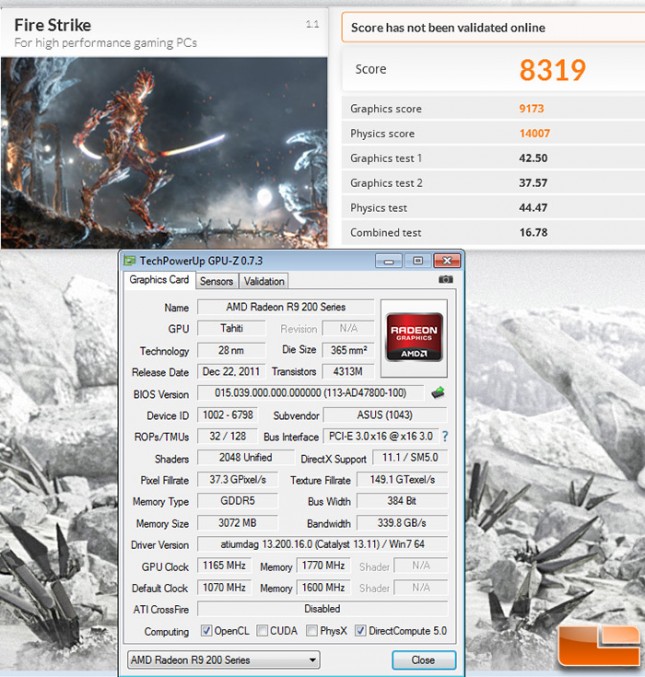 The best overclocker of the bunch was the ASUS Radeon R9 280X Top as we were able to hit 1165MHz on the core and 1770MHz on the memory (7080MHz effective). This very nice overclock was enough to turn in a score of 8319 in 3DMark FireStrike!

The AMD Radeon R9 280X series appears to be easy to overclock and we were able to get noticeable performance gains by doing so.