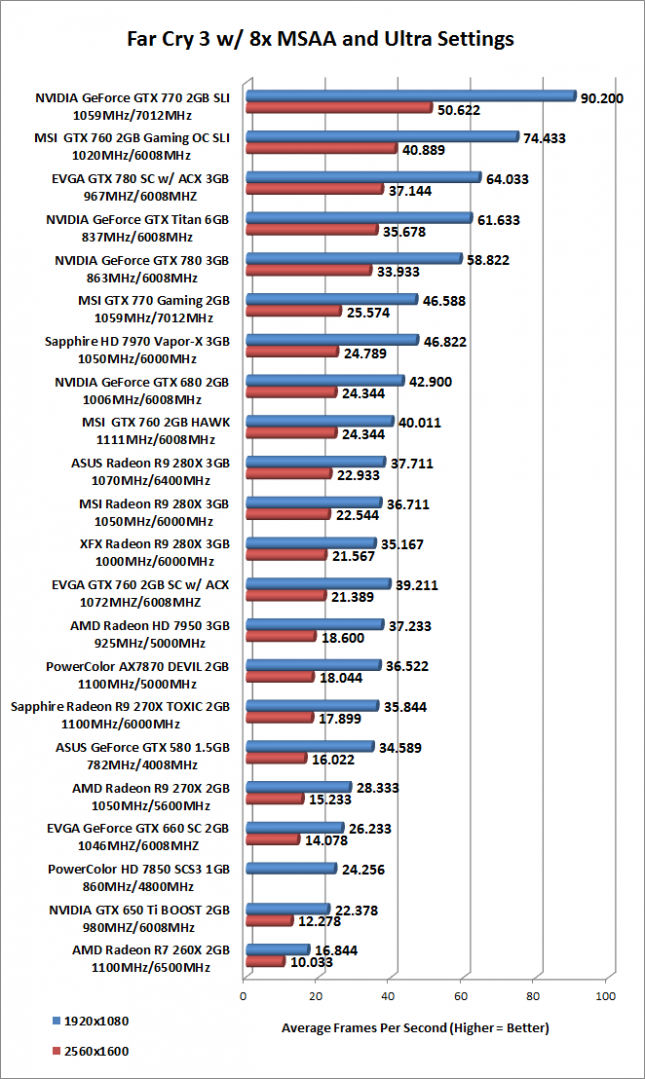 Benchmark Results: In Far Cry 3 the AMD Radeon R9 280X was able to hold its own and we can see that the R9 280X cards with the higher clock speeds perform better.