When it came to overclocking it proved to be interesting on the new Quad FX platform.  We were unable to increase the bus speed, but we were able to increase the multiplier from 15 to 16, which resulted in a 200MHz overclock on our test system.  It was stable with NO VOLTAGE INCREASES on anything!  We tried to run a multiplier of 17, but the system wouldn’t post.  Maybe with better cooling and a better BIOS revision we will be able to hit higher. 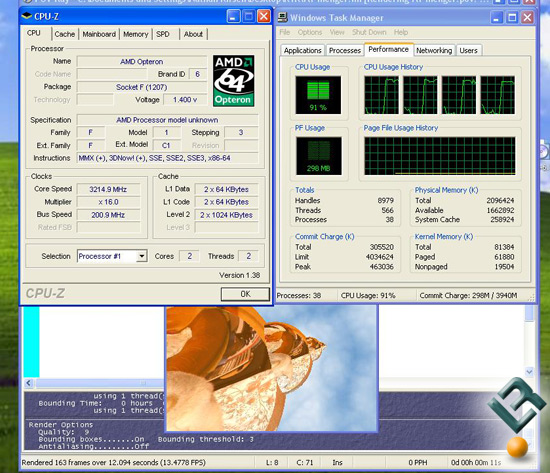 In terms of performance we ran POV-Ray and tried out some Real-Time Raytracing as the application supports four cores and the results were amazing.  The stock Intel Core 2 Extreme QX6700 and pair of AMD FX-74 processors scored just over 12 frames per second, which was impressive, but something that overclocking could improve.  By overclocking the Intel quad-core processor by more than 1GHz the rendering was averaging 17 frames per second, which is a 38% performance increase over the processor settings right out of the box. 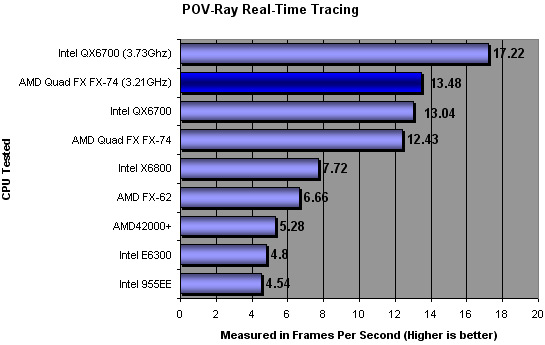