AMD has been talking to Legit Reviews about the 4×4 platform since they briefed us about 4×4 at E3 2006, which was way back in May of this year. It’s been a long time coming and to be honest we had our doubts that AMD would get it out the door this year, but when a pair of pinless processors labeled FX-74 processors arrived at the door our doubts were silenced in a jiffy. 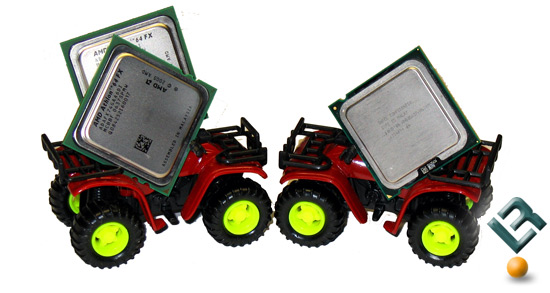 For this article we stuck the Intel QX6700 on a quad and ran it head on against the pair of AMD FX-74 processors, but before we go straight to the numbers and our thoughts on the system let’s take a look at the new FX-70 series of processors from AMD and see what they are all about. 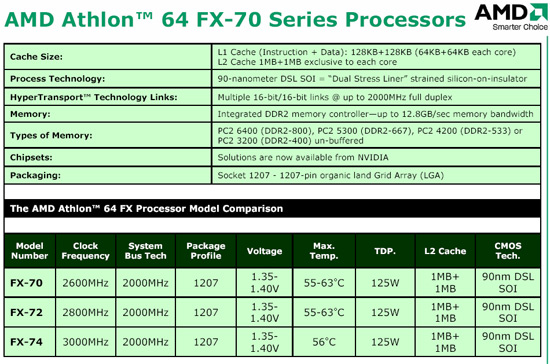 Looking at the specifications they seem similar to AM2-based FX processors that we have reviewed in the past and you are right in thinking so.  For the most part other than a packaging change and some new HyperTransport links the FX-70 series of processors are nothing more than an update of their current processor design. The FX-74 also enjoys a 200MHz speed increase, so a 3GHz processor from AMD is now something that can be had without overclocking!  Let’s take a closer look at a FX-74 and the new pinless design.