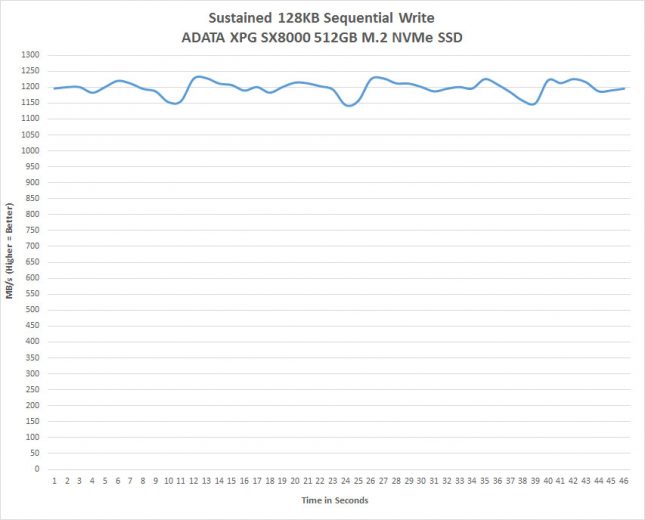 We secure erased the drive before running this test and found that the performance started out at around 1200 MB/s and remained around that point for the remainder of this 45 second long test. 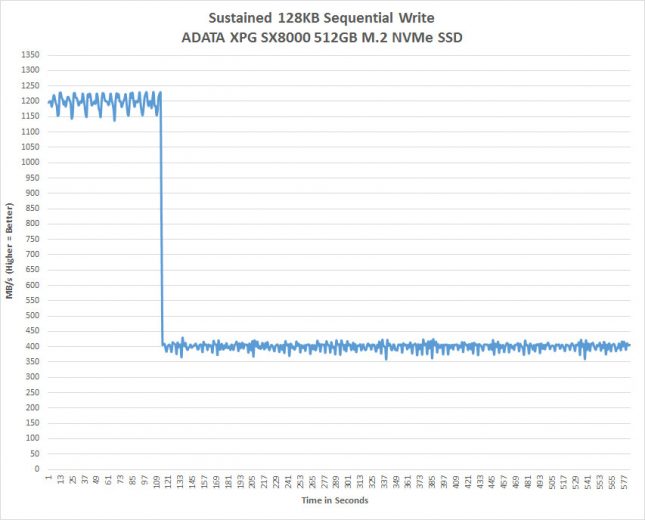 When you take a look at extended sustained write performance you can see that the drives cache fills up just before the 2 minute mark or after 136,163 MB of data written to the drive. This is very impressive! After that point everything is written directly to the NAND Flash and the sequential write performance drops down to around 400 MB/s on average. You’ll like never hit speeds this low though in real life as you have to pound on the drive non-stop for nearly two minutes at top speed to mimic a situation like this and most people aren’t writing 136GB of data at a time to their drive.

A quick look at the drives temperatures showed that we were hitting just 45C and that was with a 120mm case fan sitting directly over the ADATA XPG SX8000 PCIe 512GB M.2 NVMe drive blowing cool air over it. Before we started the sustained write test we were bouncing around 22-24C on the drive at idle. We set the polling rate to 30 seconds for this test and you can see how the drive heats up in this test below. 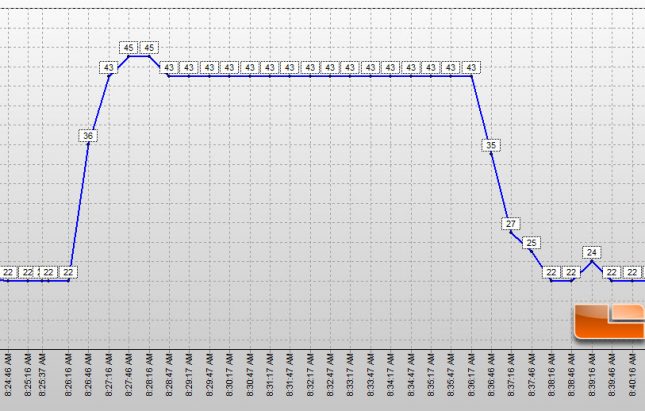 As you can no big concerns, but