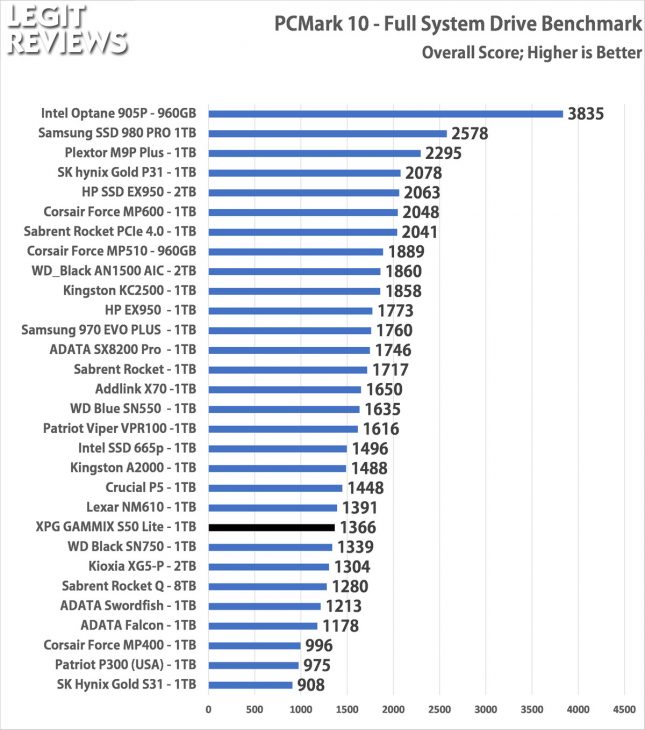 On the full system drive benchmark the results had the XPG GAMMIX S50 Lite 1TB SSD finishing with an overall score of 1366 points. 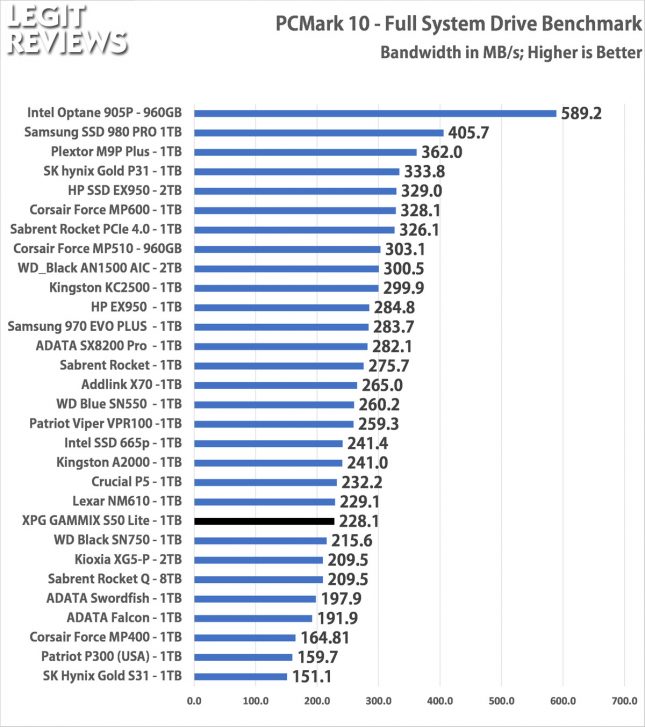 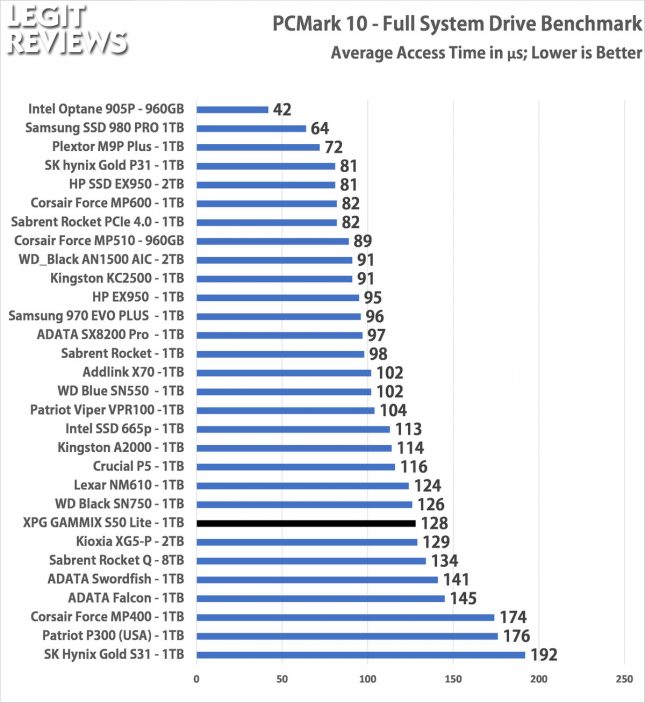 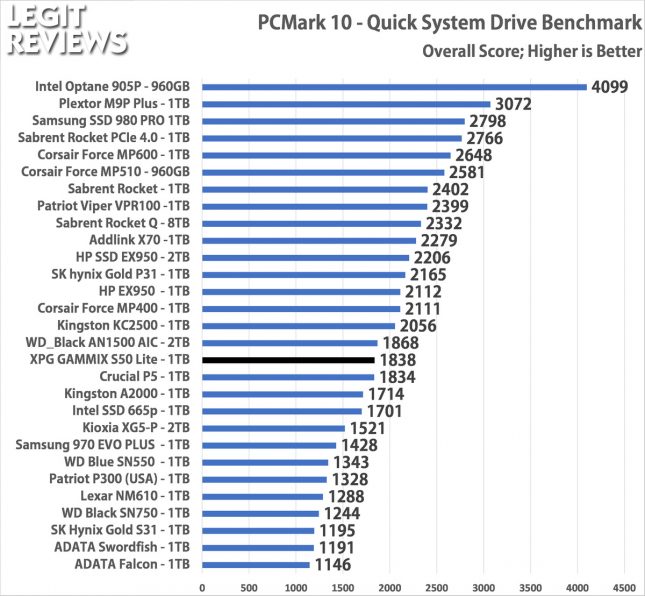 On this lighter workload the XPG GAMMIX S50 1TB drive did much better and finished in the middle of the pack with a score of 1838 points. 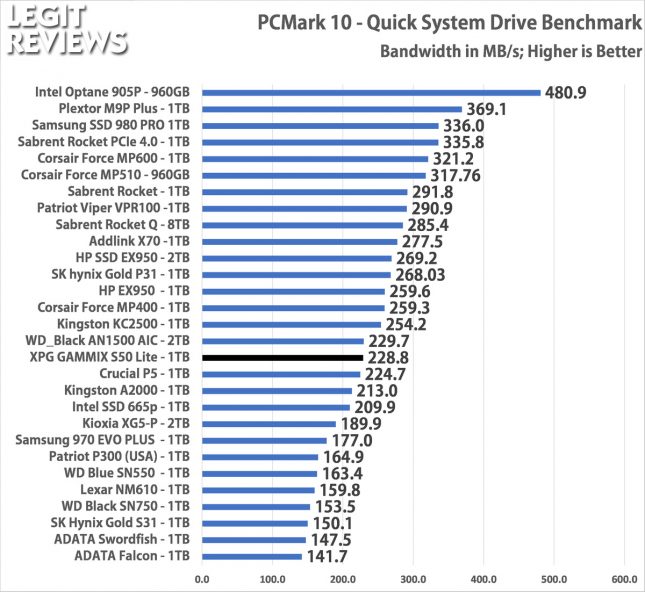 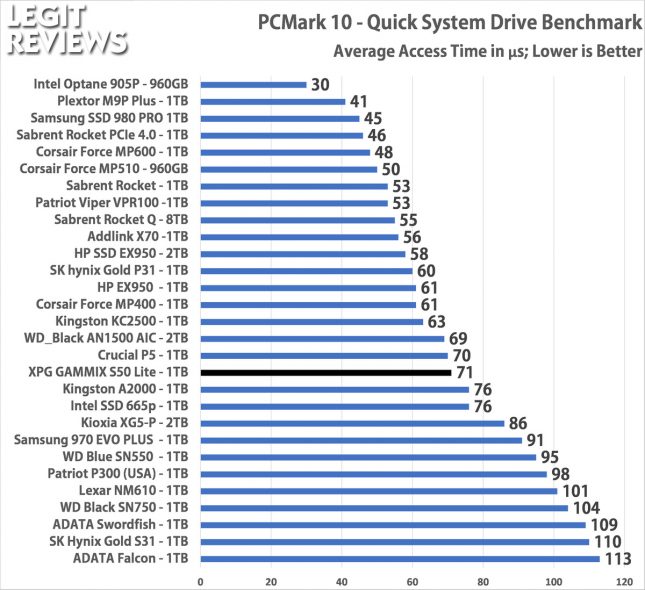