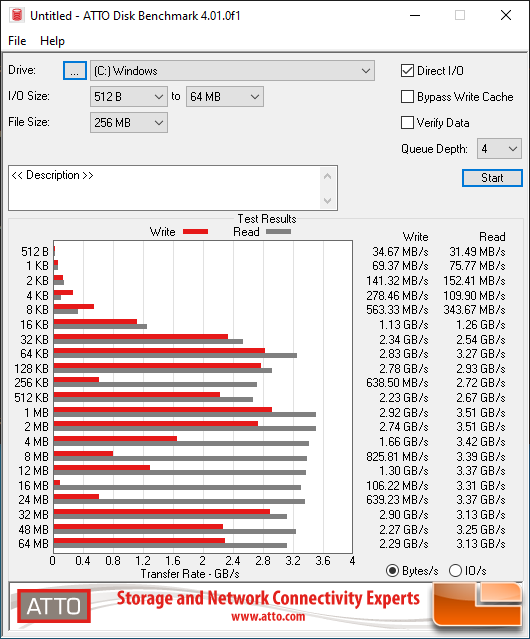 Benchmark Results: On ATTO Disk Benchmark found that the XPG GAMMIX S50 Lite 1TB NVMe SSD topped out at 3.51 GB/s write and 2.90 GB/s read at the standard queue depth of 4. There were a few really low scores as you can see from the chart above and this was the case with and without write cache being enabled and on two different SSD firmware versions. 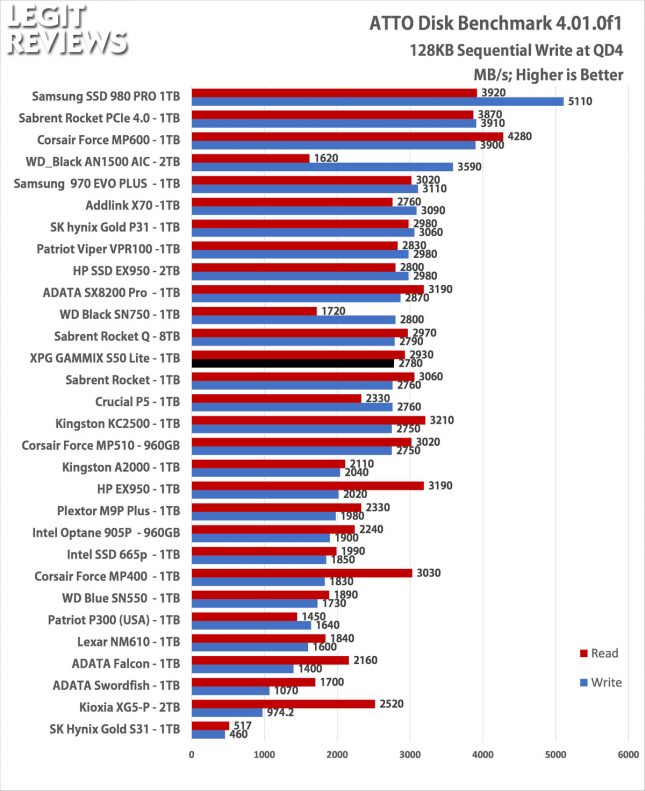 This chart is getting pretty messy, but we are charting the 128KB results and ranking them high to low with the write result. The XPG GAMMIX S50 Lite is pretty much in the middle of the pack for sequential performance on this popular benchmark. 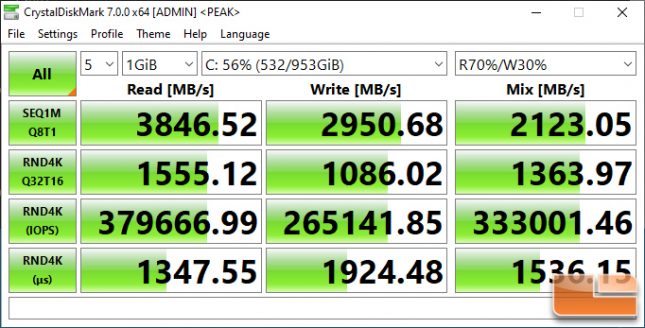 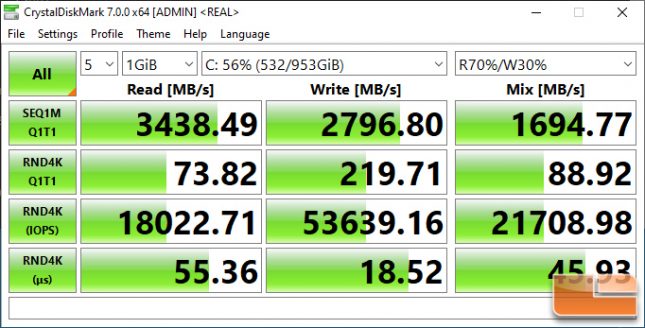 Benchmark Results: The XPG GAMMIX S50 Lite 1TB drive came in with scores of 3846.52 MB/s read and 2950.68 MB/s write on CrystalDiskMark 7. According to the datasheet for the XPG S50 Lite, this drive is rated at up to 3,900 MB/s read and 3,200 MB/s write for this benchmark, so we are very close to the expected read speed and about 8% lower than expected on the write speeds. Drive performance will vary depending on the platform and components being used, so this is not unusual by any means.