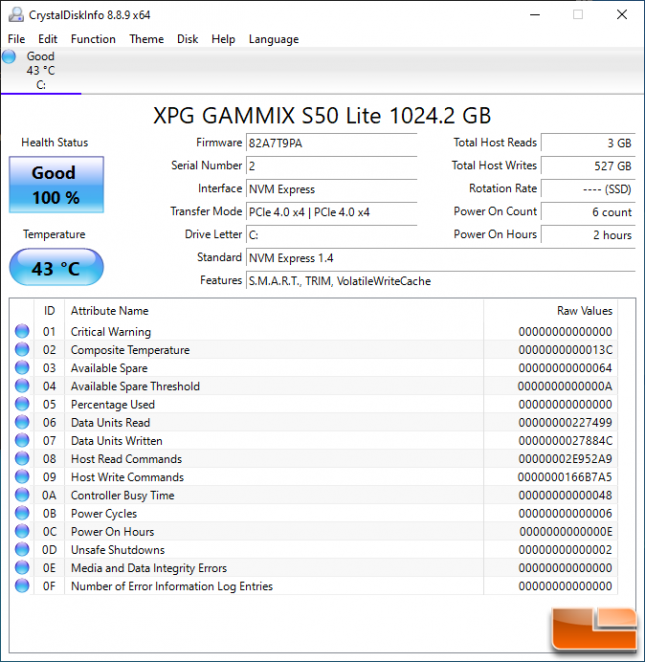 The drive details for the XPG GAMMIX S50 Lite 1TB SSD are shown below. It shows that the drive has a warning temperature of 75C and the critical temperature threshold of 80C. 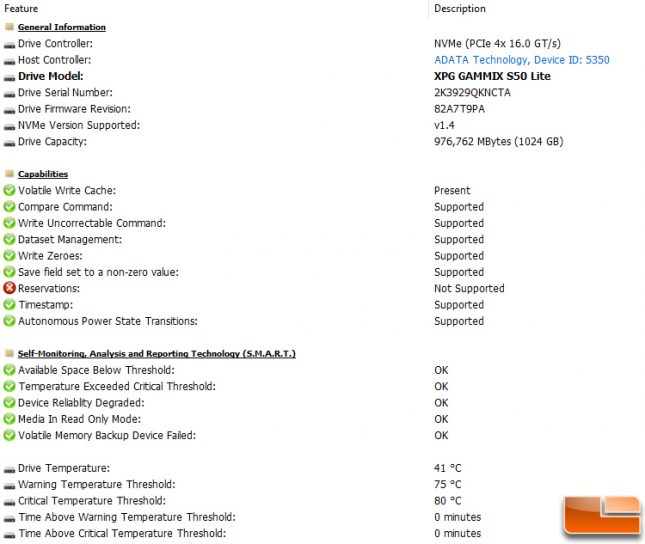