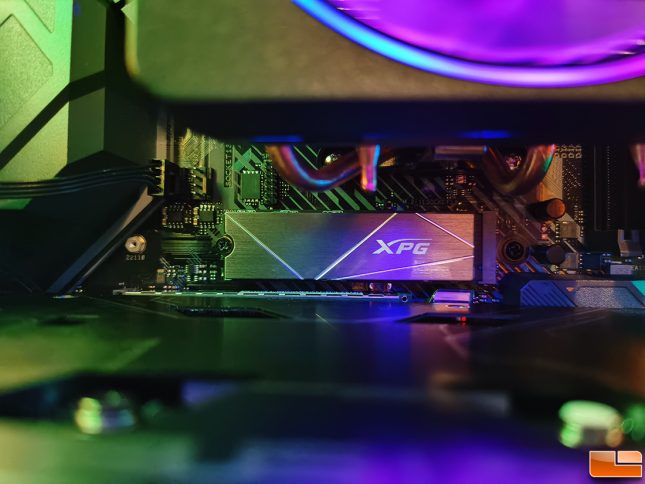 Using the S.M.A.R.T. temperature sensor we found the XPG GAMMIX S50 Lite 1TB drive had a minimum temperature 0f 41C, a maximum temperature of 71C and an average of 46C inside our test system with the tempered glass panel on during our period of testing.