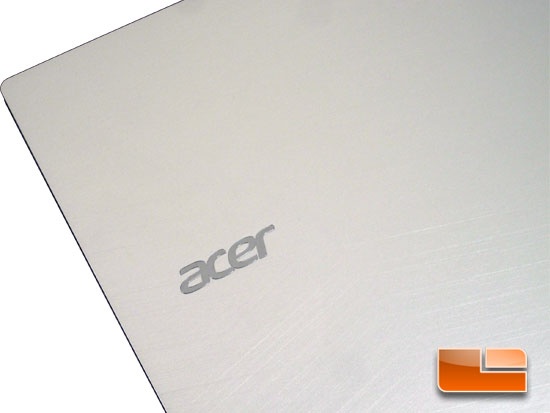 ACER has been kind enough to send over one of their latest and greatest Ultrabooks. The ACER S7-191-6640 is a touch enabled, Windows 8 ultrabook with all the bells and whistles. To start, the ACER S7-191 has an Intel Core i5-3317 1.7GHz processor at the heart. While this is only a dual core processor, it is more than enough to drive the typical daily tasks that you would use an Ultrabook for. What is probably my personal favorite feature of the ACER S7-191-6640 is the screen, it is a touch enabled display. If it isn’t the touch screen, then my next favorite feature would be the price. ACER has the Aspire S7-191-6640 listed for $1199, but looking at Amazon.com we can find this model for only $999.99. When you see what all you receive with the ultrabook, you’re sure to agree!

While the touch screen is likely the feature I am most looking forward to, it is also the one that I dread the most. Why do I dread it? Fingerprints on the screen, they are my number pet-peeve with computers. Hopefully they won’t be to big of an issue with the ACER S7-191. Since we are going to be touching the screen, it has to be protected. No flimsy, easily scratched surface here! ACER has implemented the use of Corning Gorilla Glass 2. The latest Gorilla Glass 2 is scratch resistant, and thinner than the first generation. This is one of the factors that allows the ACER S7 series of ultrabooks to be so thin. The 11.6″ S7-191 series measures only 12.2mm (.48″) while the 13.3″ S7-391 series measures only 11.9mm (.47mm).

Not only is the ACER S7-191-6640 equipped with a touch screen. It is equipped with a full 10 point touch that puts the control at your fingertips, quite literally! The ACER Aspire S7 featurs a full HD resolution of 1920×1080. A resolution that high does seem a little bit cramped, but hopefully after some time with the Aspire S7 I will be able to adjust to it. The Keyboard on the ACER Aspire S7 has much shallower keystrokes than I am used to so that might take a little getting used to, but ultimately shouldn’t be an issue. I have come to the conclusion that backlit keyboards are a must, especially if you need to be able to see the keys when typing. The Aspire S7 keyboard has electroluminescent backlighting. It’s also not simply an on or off type of backlighting. It automatically adjusts to the ambient lighting around you.

Since ultrabooks are so thin and compact, cooling can always be an issue. ACER’s solution is the Twin Air Cooling system. This system uses a pair of fans, one draws cool air into the S7, while one pushes warm air our. This gives the air a directed path to keep specific areas cool.