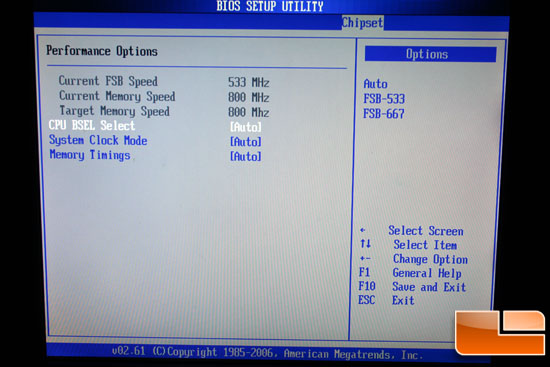 The above screenshot is a reminder from the previous page of what the default settings are for each option. In order to overclock the IONITX-A-U, we need to modify these options. 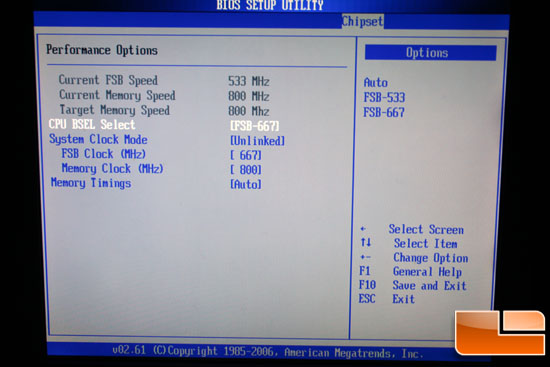 What options, might you ask? Well, I think the picture above speaks for itself.  In particular, we want to boost the FSB to its maximum value, then set the FSB Clock to match.  However, we set the System Clock Mode to Unlinked so we can still preserve the Memory clock’s speed of 800 MHz.  If we set the Clock Mode to Linked, the Memory Clock would be tied to the FSB Clock.  Since the FSB Clock is at most 667 MHz, we want it Unlinked to avoid any performance hit.  The result of this modification should be a 2.0 GHz final speed, which makes for a pretty fine speed boost! 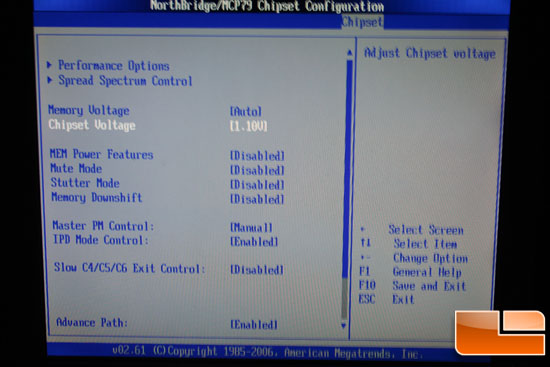 However, as with overclocking in general, sometimes increasing the bus rates requires boosting the voltage to make sure those little electrons move fast enough to keep up with the clock. (And yes, I’m actually speaking the truth here.) If the electrons don’t move through the circuitry fast enough, the next time the clock strikes midnight, the system will crash. As such, we boost the CPU voltage to its max value of 1.10 V. This helps us keep things running smoothly, albeit with a slight boost in power consumption and a rise in system temperature. 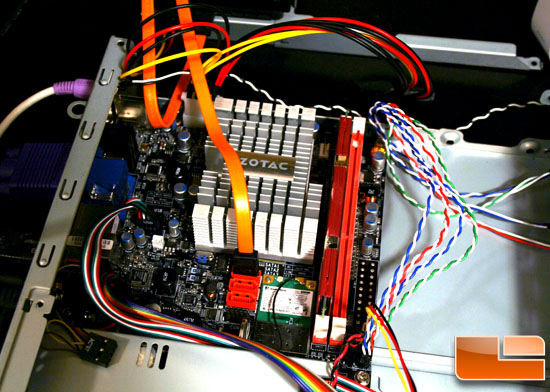 The test setup involved a bundle of wires for the most part. Since the majority of the components are integrated into the motherboard, all that needed to be added was a stick of RAM and a hard drive. In this case, I used an ADATA 2GB DD2 800 stick of RAM and a 1TB Seagate 7200.11 ST31000333AS hard drive. Once up and running, I installed the retail version of Windows 7 Professional 64bit. For the most part, Windows 7 did an admirable job of finding and installing the necessary drivers, including the wireless module, which connected immediately to my 802.11n wireless network at full speed.

The only caveat to my installation was that the install disk did not include drivers for Windows 7, which wasn’t a terrible surprise, but I wasn’t able to use the Vista drivers either (which I expected would work). In any event, a quick jaunt over to Zotac’s support website yielded all the necessary software support I needed in order to run my array of benchmarks.